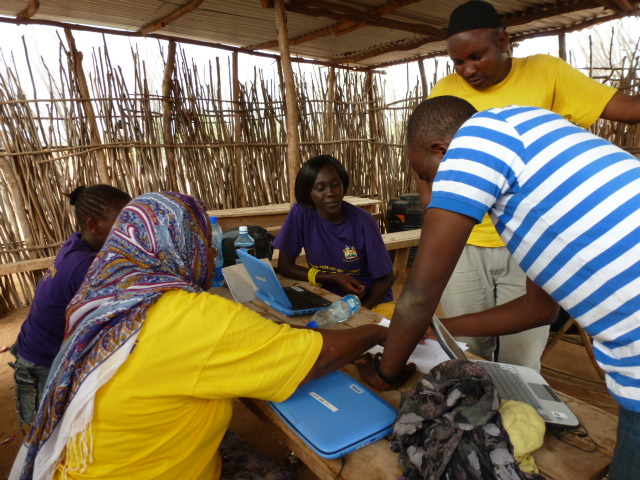 Making an impact on the HIV epidemic in Kenya requires knowing what your successes are and where your challenges lie. At the Conference on Retroviruses and Opportunistic Infections (CROI) 2014, held March 3 – 6, Dr. William Maina of the Kenya Ministry of Health presented data from the Kenya AIDS Indicator Survey 2012 (KAIS 2012), its second national population-based household survey after the first survey conducted in 2007.

However, challenges still remain. While more adults have tested for HIV, few children are being tested. Men and women continue to report a low level of condom use with partners who are discordant or whose status is unknown. Additionally, of those who are infected, 53% are not aware of their infection. On the upside, this has improved from 2007 when over 80% of HIV-infected persons in Kenya did not know their status. 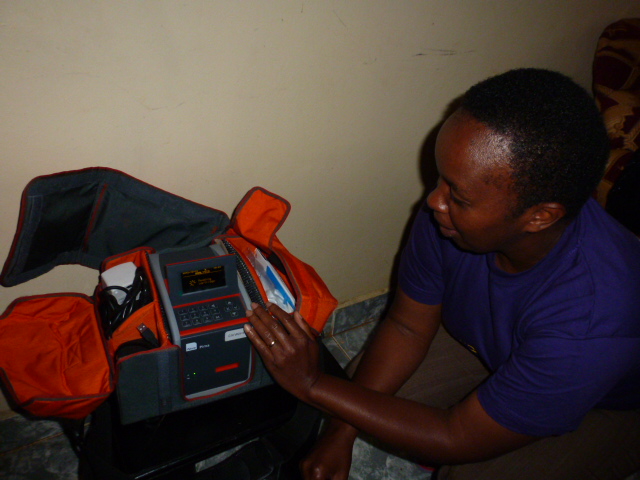 A lab technician performs quality control measures on the PIMA CD4 Analyser before going out for data and specimen collection.

For infants born to mothers living with HIV, 83% had been tested for HIV at their first immunization visit. Of those infants tested, 15% were reported by their mothers to be HIV positive. CDC and other U.S. agencies implementing the U.S. President’s Emergency Plan for AIDS Relief (PEPFAR) are collaborating with the government of Kenya to reduce the proportion of infants who become HIV infected.

An important component of the government’s presentation at CROI was an analysis of those who are eligible for ART under both current Kenya guidelines and under the recently revised WHO treatment guidelines, and its potential impact on the number of persons who would be covered for treatment in Kenya.

Using the Kenyan guidelines, KAIS data suggest that approximately 674,000 persons in Kenya were eligible for ART. Among those eligible, ART coverage was 60.5%, suggesting that approximately 267,000 persons in need of ART were not receiving treatment. If the WHO guidelines were to be adopted, the need for ART would increase 18 percent, meaning an additional 214,000 persons who are not receiving treatment currently will require it. This information allows the government of Kenya and its partners to make appropriate policy decisions regarding the need for almost 480,000 persons to be on treatment.

The KAIS survey provided an additional finding important to understanding the effectiveness of its treatment policies. The recent HPTN052 study showed that viral suppression of HIV of persons on ART reduced the risk of transmission among couples in which one person had HIV and the other did not by 96%. KAIS 2012 showed that, among those participating in the survey who were receiving ART, 75% were virally suppressed.

Methodologically, the 2012 survey introduced several important innovations. In addition to the collection of blood specimens for laboratory analysis of HIV status as well as CD4 count and viral load for those who were positive, KAIS offered home-based testing and counseling to survey participants so they could immediately learn their HIV status. Those who tested positive were offered a point-of-care CD4 test and referred to a local health facility for care and treatment. In the previous 2007 survey, participants had to wait six weeks to collect their results from health facilities, reducing the likelihood that participants would receive their results and receive care.

For information to be used to address public health concerns, it must be shared. International conferences like CROI allow Kenya and other countries challenged by the HIV epidemic to share what they have learned and the innovations they have implemented with a global audience. In return, they bring back a fresh perspective that allows them to adapt and improve their approach to addressing the needs of those in their country who are affected by HIV and AIDS.