What is hereditary breast and ovarian cancer and how does it affect risk of cancer?

Clinically significant mutations in the BRCA1 and BRCA2 genes are associated with an increased risk of breast, ovarian, tubal, peritoneal, and other cancers. BRCA testing looks for these variations, which can help patients and health care providers understand a person’s risk for these cancers. For women who have a BRCA mutation, the risk of developing breast or ovarian cancer is greatly increased, with current cumulative risk estimates ranging from 45 – 65% for breast cancer and 10 – 39% for ovarian cancer by age 70. Men with BRCA mutations, especially BRCA2 mutations, are also at increased risk for breast cancer. Certain other cancers may be more frequently seen in mutation carriers of either sex.

Facts about BRCA1 and BRCA2

What is the Tier 1 HBOC recommendation? 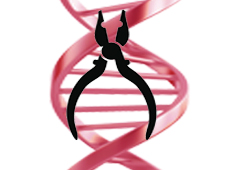 In 2019, the U.S. Preventive Services Task Force (USPSTF) updated and reaffirmed its 2005 and 2013 recommendations for BRCA testing stating: “The USPSTF recommends that primary care providers screen women who have family members with breast, ovarian, tubal, or peritoneal cancer with 1 of several screening tools designed to identify a family history that may be associated with an increased risk for potentially harmful mutations in breast cancer susceptibility genes (BRCA1 or BRCA2). Women with positive screening results should receive genetic counseling and, if indicated after counseling, BRCA testing. (B recommendation)”

The USPSTF is an independent panel of non-Federal experts in prevention and evidence-based medicine. The USPSTF conducts scientific evidence reviews of a broad range of clinical preventive health care services and develops recommendations for primary care clinicians and health systems.

The Task Force concluded that BRCA testing may not be right for everyone. They “recommend against routine genetic counseling or BRCA testing for women whose family history is not associated with an increased risk for potentially harmful mutations in the BRCA1 or BRCA2 genes. (D recommendation).”

Women might be at increased risk of having BRCA mutations if their family history includes one or more of the following in their first- or second-degree relatives (maternal and paternal sides of the family are equally important):

What can be gained through public health action?

Genetic counseling and appropriate genetic testing for BRCA1 and BRCA2 based on the USPSTF guidelines, followed by appropriate management, are expected to reduce morbidity and mortality due to breast and ovarian cancer.

For women with BRCA mutations, interventions that might reduce the risk of cancer include “earlier, more frequent, or intensive cancer screening; risk-reducing medications (i.e., tamoxifen or raloxifene); and risk-reducing surgery (e.g., mastectomy or salpingo-oophorectomy)”; however, the USPSTF found that the strength of evidence varies across the types of interventions. In studies cited in the USPSTF recommendation, prophylactic bilateral mastectomy reduced breast cancer risk by 85% or more, and prophylactic oophorectomy reduced ovarian cancer risk by 85% or more and breast cancer risk by 53% or more. The USPSTF found the evidence lacking regarding the effect of intensive screening on clinical outcomes in women who are BRCA mutation carriers. The USPSTF cited randomized controlled trials finding that the medications tamoxifen and raloxifene reduced the incidence of invasive breast cancer, but also noted that clinical trials of these medications have not been conducted specifically in women who are BRCA mutation carriers.

Note: Some but not all health insurers cover genetic counseling and testing for BRCA1 and BRCA2 when recommended by a provider. Some financial assistance may be available through testing providers or advocacy organizations.

What specifically can state and local public health do?

Public health interventions for Tier 1 BRCA applications involve public health departments working with and providing information to medical providers and payers that facilitate actions to identify individuals and families at risk so that their health care system can screen and/or provide medical service options to them early, before the harms and expense of disease progression can occur. Based on accomplishments in Michigan, Oregon, Georgia and other states, public health departments can now consider successful examples of public health interventions described below under “Phase 1 Approaches” for HBOC including: 1) enhancing cancer registry reporting including “bi-directional” reporting in partner provider systems for potential BRCA related hereditary cancers; 2) informing evidence-based policy making such as expansion of coverage for services specified by Tier 1 recommendations by partner payers; 3) developing and tracking surveillance indicators to follow the progress of achieving widespread implementation of Tier 1 recommendations including the BRCA Healthy People 2020 objective; and 4) instituting educational outreach programs targeting the public and health professional groups with an interest in or need to know about Tier 1 BRCA recommendations. These efforts, called “Phase 1” approaches, focus on “low hanging fruit”; currently few states have implemented such activities. However, some states may be ready for advanced “Phase 2” projects such as cascade screening. While the challenges and opportunities within each state differ, success in any of these efforts requires the establishment of strong partnerships between public health and providers, payers, and/or cancer registries within each state’s boundaries.

A word about high-risk populations:

Ashkenazi (Eastern European) Jews are at significantly increased risk for three specific mutations that are associated with HBOC; more than 2% of individuals from this ethnic background carry one of these mutations. Individuals whose ancestors are from Norway, Holland and Iceland have a somewhat higher rate of mutations that are associated with HBOC. Also, there is evidence that African American women receive appropriate genetic counseling and testing as per the USPSTF recommendation at a much lower rate than other groups. These are important health disparity issues. Public health departments might consider this information when developing programs.