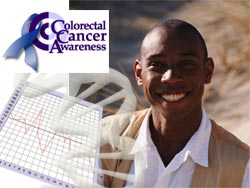 This case study assumes that the reader has studied the article by Martinez ME, O’Brien TG, Fultz KE et al. Pronounced reduction in adenoma recurrence associated with aspirin use and a polymorphism in the ornithine decarboxylase gene. Proc Natl Acad Sci U S A. 2003 Jun 24;100(13):7859-64 (Full Textexternal icon)

Part 1. Sorting out the biology

The article introduces several terms that may be unfamiliar to the reader.

“Single-nucleotide polymorphisms” or SNPs are changes of a single base, a single building block, in the string of bases that make up DNA. DNA, the genetic material, is double-stranded. In this instance, the SNP is change of G to A on the strand of DNA that is designated the “sense” strand.

Question 1: On the partner strand of DNA, the “antisense” strand, what is the corresponding base change?

The G to A SNP in the ornithine decarboxylase (or ODC) gene occurs in an “intron” or a non-coding region of DNA. The DNA in introns does not code for amino acids, so it does not make protein. In this region of the ODC gene, called intron 1, the DNA serves as a binding site for proteins that regulate activity of the gene. Gene activity is in large part determined by how often the gene is transcribed into mRNA: how often the gene is turned on or shut off.

Question 2: The authors present background material describing how intron 1, and specifically the region where the G to A change occurs, is involved in regulation of transcription of the ODC gene. How does this regulation occur?

Question 3: APC is a tumor suppressor gene . What happens when APC is functioning normally?

Question 4: What happens when APC is not functioning normally?

Question 5: What happens with the ODC intron 1 G allele is changed to A?

Question 6: What do the authors hypothesize about the ODC intron 1A allele and risk of polyps?

Question 7: How does aspirin fit into the scheme?

Question 8: What do the authors hypothesize about interactions between the ODC polymorphism and aspirin?

Genotyping was conducted using a PCT-based method known as 5′-exonuclease allele discrimination or Taqman. Two different DNA probes were made, one for each of the intron 1 alleles (G or A). The probes are labeled with a fluorescent dye that is released during PCR amplification. The validity of the assay is maintained using positive controls (DNA standards of known sequence) and negative controls (buffer without DNA).

Question 9: How was the reliability of the assay determined? Do you think these measures were adequate?

Question 10: How was the association between ODC genotype and polyp recurrence measured?

Question 11: How was interaction between aspirin use and ODC genotype assessed?

Question 12: Are the ODC genotypes in Hardy Weinberg equilibrium in the study population?

Question 13: Interpret the p-value for the Hardy Weinberg equilibrium test.

Question 14: How does a Hardy Weinberg equilibrium test serve as a quality control check on genotyping procedures as well as on the underlying study design?

Part 5: Implications of the study findings

Question 16: How do the authors interpret the findings?

Question 17: What are the implications of the findings for public health?

Question 18: Would you recommend that aspirin use for the prevention of polyps only be targeted to persons with ODC A/A genotype?

Question 19: Should persons with the ODC G/G or G/A genotype be targetted for increased screening for polyps and colorectal cancer, for example, through fecal occult blood testing or colonoscopy?

Question 20: What other studies should be done?