Finding sick people is important to help public health officials understand the size, timing, severity, and possible sources of an outbreak. A case definition is developed to define who will be included as part of an outbreak. Investigators use the case definition to search for illnesses related to the outbreak. Illnesses are plotted on an epidemic curve (epi curve) so that public health officials can track when illnesses occur over time.

Case Definition: A list of criteria used to determine if an individual is included as a case in an outbreak investigation

Case Count: The number of illnesses that meet the case definition

Epidemic Curve (Epi Curve): A graph that shows the number of illnesses over time

What is a case definition?

How are cases of illness found?

Using the case definition, investigators search for more illnesses related to the outbreak. They do this by:

How are cases tracked?

Investigators watch the progression of an outbreak by tracking:

Investigators use a graph called an epidemic curve or epi curve to track the number of illnesses over time. The pattern of the epi curve helps investigators decide if sick people were exposed to the same source of illness over a short period or if the exposure to the source was over a longer time. Investigators use maps to mark where sick people live so they can easily see whether and how the outbreak is spreading. 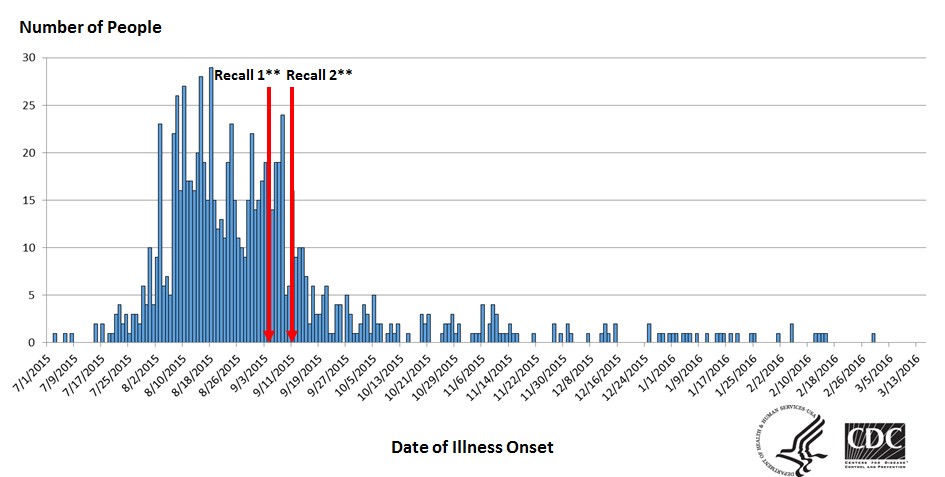 Example of an epi curve tracking cases and events in an outbreak.