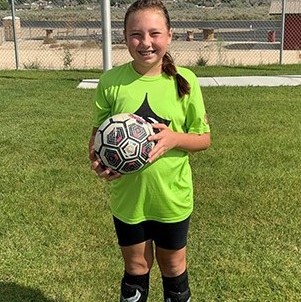 On a Saturday evening in July 2021, Harlee, 11 years old, began having sharp stomach pains. Her mother, Errin, took her to the doctor, where they gave her antibiotics and sent her home. But the stomach pain did not go away, and Harlee’s family eventually took her to the emergency room. Harlee was diagnosed with an E. coli infection, which resulted from tasting raw batter for a cake Harlee baked a week before her symptoms started. An investigation found that her illness was part of a multistate outbreak linked to cake mix.

To learn more, read Harlee’s story, which is part of the series “Was It Something I Ate?” The series includes stories of people who developed serious infections from food or animal contact.

CDC’s food safety website includes at-a-glance information on food recalls from the U.S. Food and Drug Administration and the U.S. Department of Agriculture. Click within the widget for more information on each recall. You can embed the free widget on your website to share this information with others. Click on the widget’s “Embed” button to get the code.

Get Holiday Graphics to Promote Food Safety on Social Media 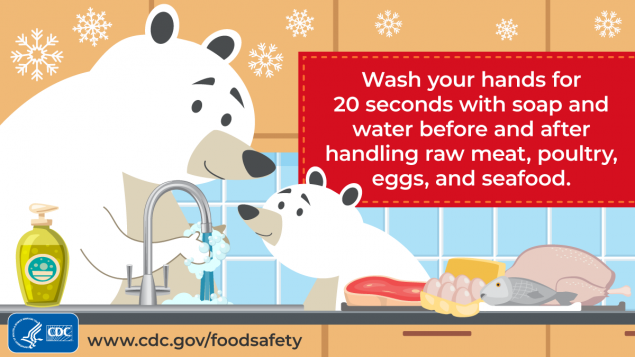 Looking for food safety social media graphics to download and share? Visit CDC’s Food Safety website to get graphics that can be shared throughout the holiday season to encourage food safety practices. Some are available in Spanish.

Get CDC’s latest advice on how to protect yourself and others from COVID-19 during holiday celebrations.