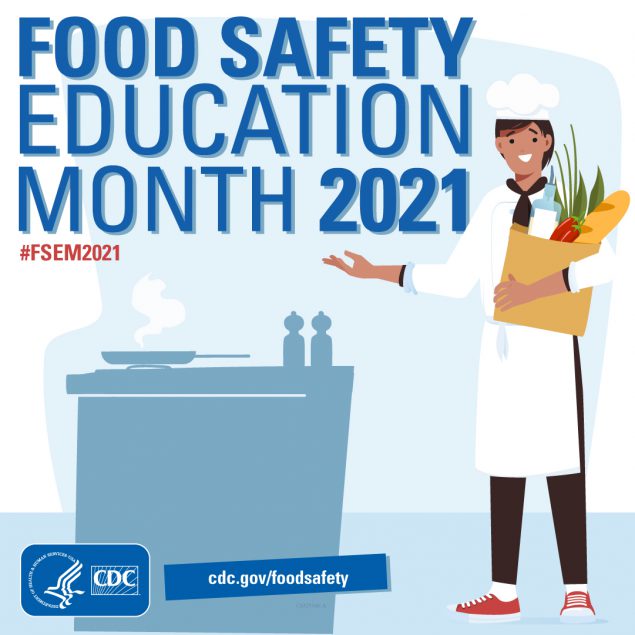 September is Food Safety Education Month. Meet Food Safety Chef and follow along on social media throughout the month to get tips on preventing food poisoning when you cook at home: @CDCgov Twitter, @CDC_NCEZID Twitter, CDC Facebook, CDCgov Instagram, and @Foodsafetygov Twitter. Look for #FSEM2021 and #CDCFoodSafety to be part of the conversation, and share these tips with others.

You can visit our Food Safety Education Month page to brush up on the four steps to food safety:

We’ve included a recipe on the Food Safety Education Month page that shows how to follow these four steps when cooking chicken to protect yourself from Salmonella and other germs. 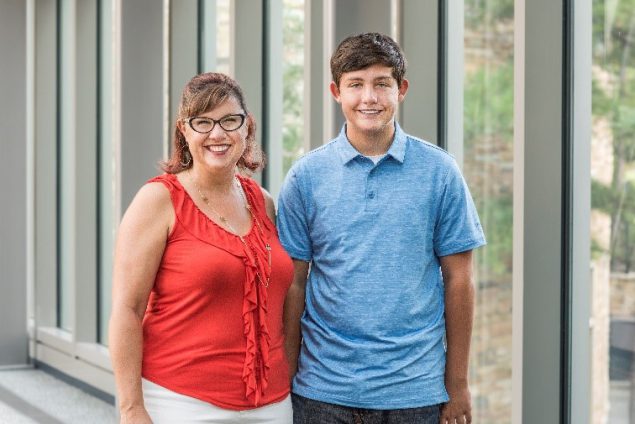 AJ, 10 years old at the time, left a theme park early because he did not feel well. His head and stomach hurt, and he had a slight fever. Several days later, AJ still did not feel better. After his fever spiked and he was admitted to the hospital, AJ’s family learned he had a Salmonella infection. An investigation found that his illness was part of a large nationwide outbreak linked to chicken.

To learn more, watch AJ’s story, which is part of the video series “Was It Something I Ate?” The series includes stories of people who developed serious enteric (intestinal) infections from food or animal contact.

Do you have kids going back to school this fall? Always follow the four steps to food safety—clean, separate, cook, and chill—to prepare children’s lunches, whether they’re attending school in person or participating in virtual learning. Visit Foodsafety.govexternal icon to learn more.