What is the current influenza vaccination coverage rate among health care personnel (HCP)? 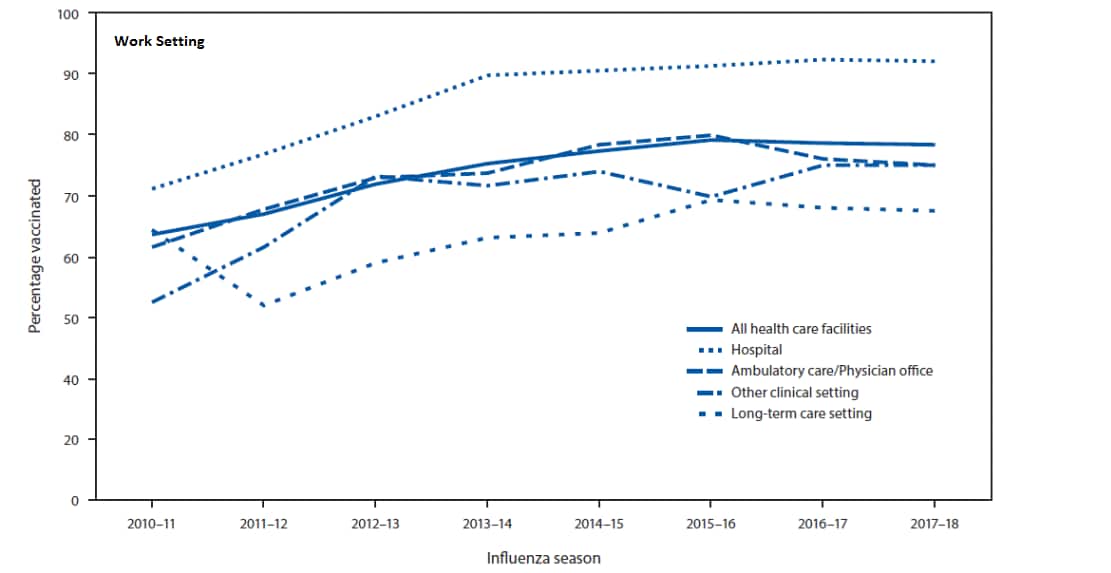 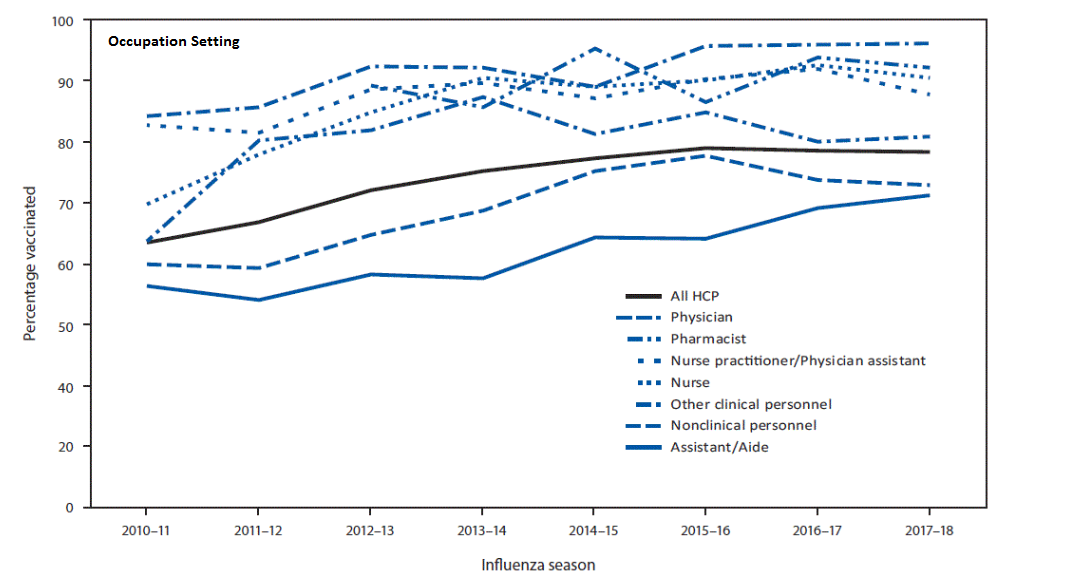