The information contained in this web update reflects the situation at the time of posting. It may not reflect the current situation. Please see Influenza A (H3N2) Variant Virus Outbreaks for the most recent information related to H3N2v.

July 27, 2012 — The state of Indiana this week reported the first novel influenza virus outbreakexternal icon associated with a fair this season. Following reports of ill swine and humans during a fair in Indiana from July 8-14, samples were taken from swine and humans. Twelve swine were randomly sampled by Indiana state animal health officials, tested at Indiana and federal animal diagnostic laboratories, and found to be infected with swine influenza A (H3N2) viruses. Four people tested positive for influenza A (H3N2) variant virus.* Genetic testing confirmed that the viruses found in humans and those found in swine are nearly identical, and both have the M gene from the pandemic H1N1 virus. These cases bring the total number of detected infections with the H3N2v virus containing the pandemic M gene in the United States since 2011 to 17. 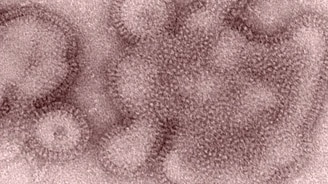 “Fairs are an important event for exhibitors and their swine, and a great experience for fairgoers,” says CDC Influenza Division Deputy Director Dr. Dan Jernigan, “but they are a venue for contact between people and swine. The detection of H3N2v at a few fairs last year, and its re-emergence at one fair so far this year makes this an issue to watch closely.”

“There may be something different about the H3N2v virus in its ability to be more easily transmitted to people that warrants closer monitoring,” says Jernigan. There is some speculation that acquisition of the M gene from the pandemic H1N1 virus may make H3N2v viruses more transmissible.

According to the International Association of Fairs and Expositions (IAFE)external icon, “more than 3,200 fairs are held in North America each year. They provide industrial exhibits, demonstrations and competition aimed at the advancement of livestock, horticulture and agriculture with special emphasis placed on educational activities such as 4-H, FFA [Future Farmers of America] and similar youth development programs.” Swine are a common presence at such fairs.

“As fair season begins across the United States, CDC would like to let people know about some preventive actions they can take to make their fair experience a safe and healthy one,” says Jernigan.

The National Association of State Public Health Veterinarians has developed the Compendium of Measures to Prevent Disease Associated with Animals in Public Settings, 2011external icon to provide some preventive actions that are applicable to people raising swine, showing swine at fairs, or attending fairs.

“For influenza, certain people may be at higher risk of getting infected, or may be at higher risk for more severe outcomes,” says Jernigan. Studies conducted by CDC have indicated that children younger than 10 would have little to no immunity against H3N2v, whereas adults may have some cross-protective immunity. Most cases of H3N2v have occurred in children at this time. Other people who are at higher risk for seasonal flu-related complications include people with asthma, diabetes, heart disease or neurological disorders. “Prevention is especially important for these people,” says Jernigan.

It should be noted that swine influenza has not been shown to be transmissible to people through eating properly handled and prepared pork (pig meat) or other products derived from pigs. For more information about the proper handling and preparation of pork, visit the USDA website fact sheet Fresh Pork from Farm to Tableexternal icon.

If You Get Sick

* A “variant” designation is applied when a virus that normally circulates in swine is found in humans.

** These recommendations are taken from Compendium of Measures to Prevent Disease Associated with Animals in Public Settings, 2011external icon and What People Who Raise Pigs Need To Know About Influenza (Flu).