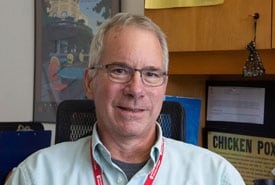 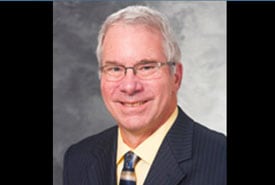 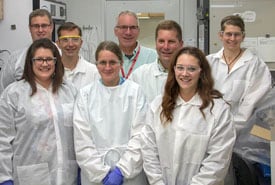 Meet influenza (flu) fighter Dr. Peter Shult, associate director of the Wisconsin State Laboratory of Hygiene and director of its Communicable Disease Division and Emergency Response. The state public health lab, located at the University of Wisconsin-Madison, is one of the country’s three National Influenza Reference Centers, or NIRCs, which serve as extensions of the Virus Surveillance and Diagnosis Branch in CDC’s Influenza Division and as critical components of the nation’s flu surveillance and pandemic readiness systems.

As a NIRC, the Wisconsin lab receives thousands of flu specimens each year from labs around the country for more advanced testing and monitoring. Laboratory staff characterize viruses circulating during each season, test viruses for antiviral resistance, and collect data to inform the next season’s flu vaccine composition. Their work — along with the work of NIRCs in California and New York — greatly expands CDC’s and the country’s ability to rapidly detect novel or pandemic flu viruses as well as signs of growing drug resistance.

For example, the Wisconsin lab characterizes flu surveillance specimens using next generation sequencing, a powerful technology that many public health labs aren’t yet equipped to do. The genetic data produced by next generation sequencing provides a clearer picture of how flu viruses are evolving, including acquiring resistance to antiviral drugs and timely detection of flu viruses with pandemic potential.  That data, in turn, gives the CDC and fellow public health responders a critical advantage in staying ahead of this infectious disease threat that’s constantly changing.

For his part, Dr. Shult, who’s been at the Wisconsin lab since 1989, has always been interested in respiratory diseases, particularly flu viruses. And despite his nearly 30 years in the public health lab, he said flu viruses continue to surprise him.

“Just when you think you can predict what flu will do, it completely fools you,” Dr. Shult says, noting the particularly bad 2017-2018 flu season that took many by surprise. “As a public health practitioner, you have to go into every flu season expecting the worst, but it’s a challenge that we appreciate taking on.”