exclamation square light icon Flu vaccination is especially important for people from racial and ethnic minority groups, who are often less likely to be vaccinated against flu and more likely to be hospitalized with flu. During 2020-2021, getting a flu vaccine is more important than ever because of the ongoing COVID-19 pandemic.

People from racial and ethnic minority groups are at higher risk for being hospitalized with flu. This includes non-Hispanic Black, non-Hispanic American Indian or Alaska Native, and Hispanic or Latino people.

*Rates are statistically adjusted to account for differences in age distributions within race/ethnicity strata in the FluSurv-NET catchment area. Rates are preliminary and not yet published. For more information on the methodology used this analysis, visit: Influenza Hospitalization Surveillance Network (FluSurv-NET).

Among adults (age 18 years and older), while the overall coverage estimate was 48% during the 2019-2020 flu season, flu vaccination coverage was:

No One Has Time for Flu 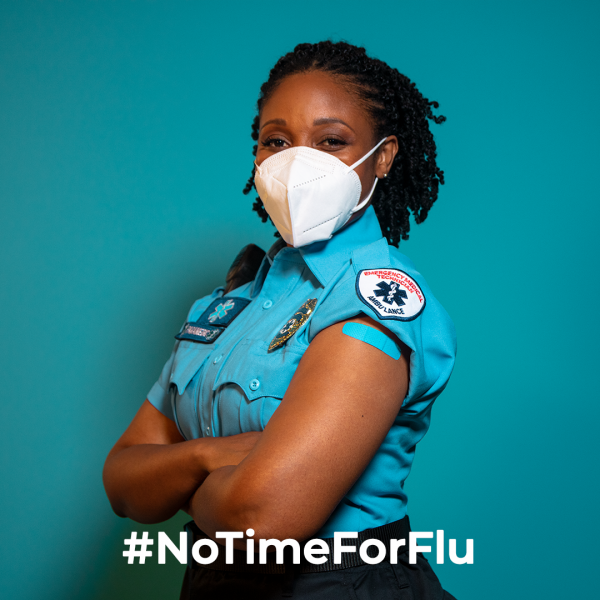 The Ad Council, the American Medical Association (AMA), the Centers for Disease Control and Prevention (CDC) and the CDC Foundation launched a new campaign, No One Has Time for Flu, to encourage Americans to get vaccinated against flu. A campaign toolkit, including prepared social media messages and graphics, radio and television PSAs, and more now available.