Reaching People Who Could Benefit Most from HIV Self-Testing 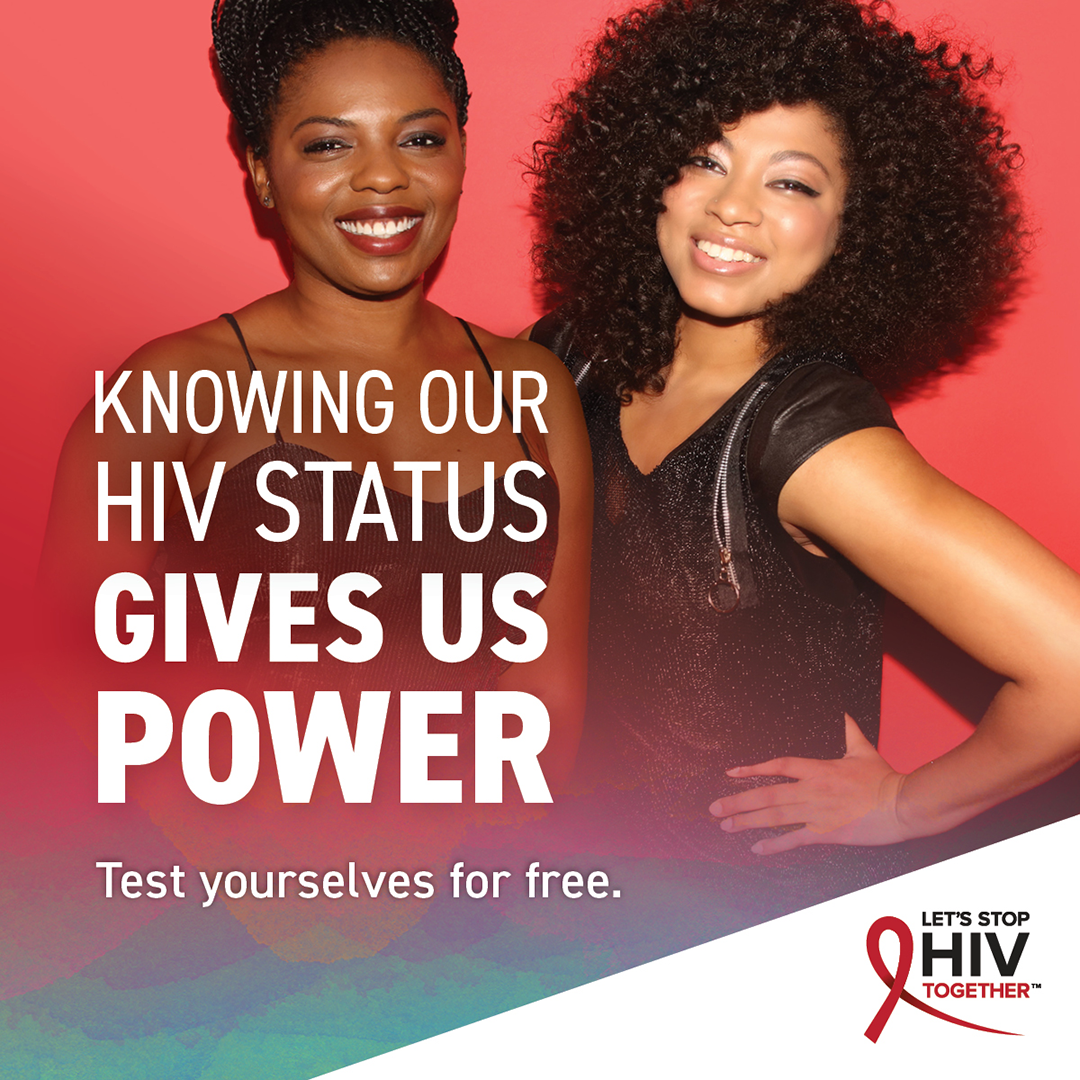 In October 2021, CDC closed the online ordering portal after all 100,000 self-tests had been distributed in just eight months. During those eight months, the Together campaign delivered tailored communications designed to reach priority populations with messages that would resonate on channels known to be effective in reaching them. Building off the existing campaign enabled people to see other campaign ads promoting HIV testing, prevention, treatment, and stigma reduction, ensuring people received the same messaging regardless of their HIV status. After the portal closed, CDC continued to promote self-testing among priority populations to reduce stigma and continue to educate people about the importance of knowing one’s status.

In total, over 57,000 individual orders were placed for a total of 100,000 tests (people could order 1 or 2 tests). Most orders (55%) were placed by people living in areas prioritized by EHE. More than a quarter of the orders (26%) reached people who had never tested for HIV, and 33% reached people who had not tested in the past year. And nearly half of orders (44%) were placed by cisgender gay and bisexual men, a population that is disproportionately affected by HIV. 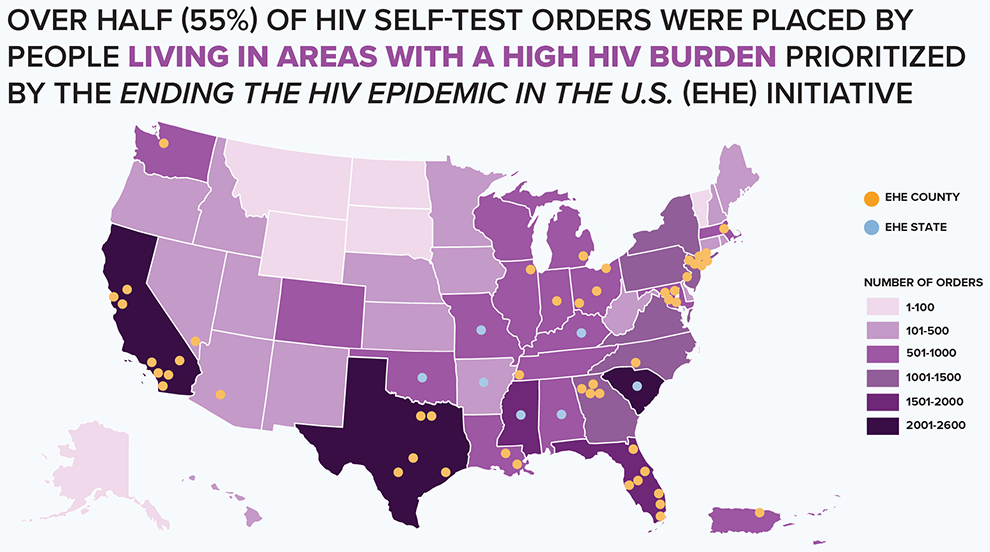 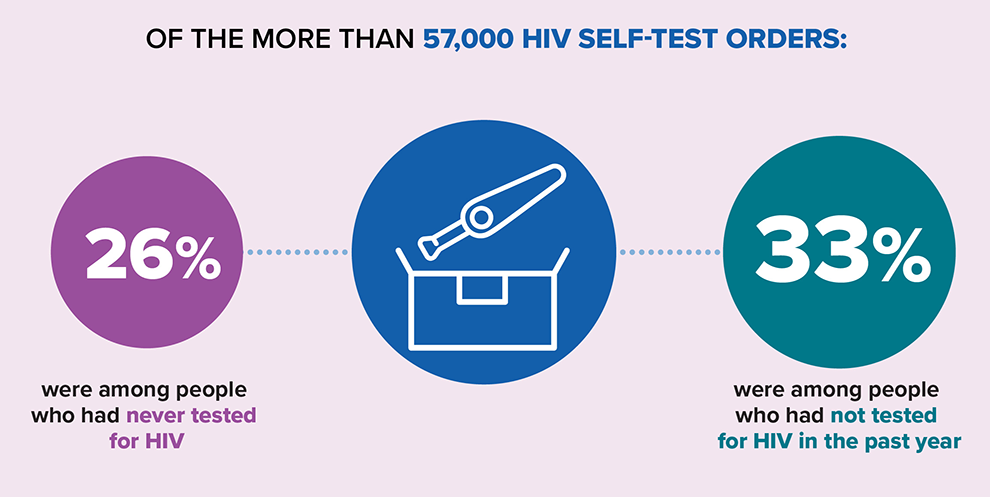 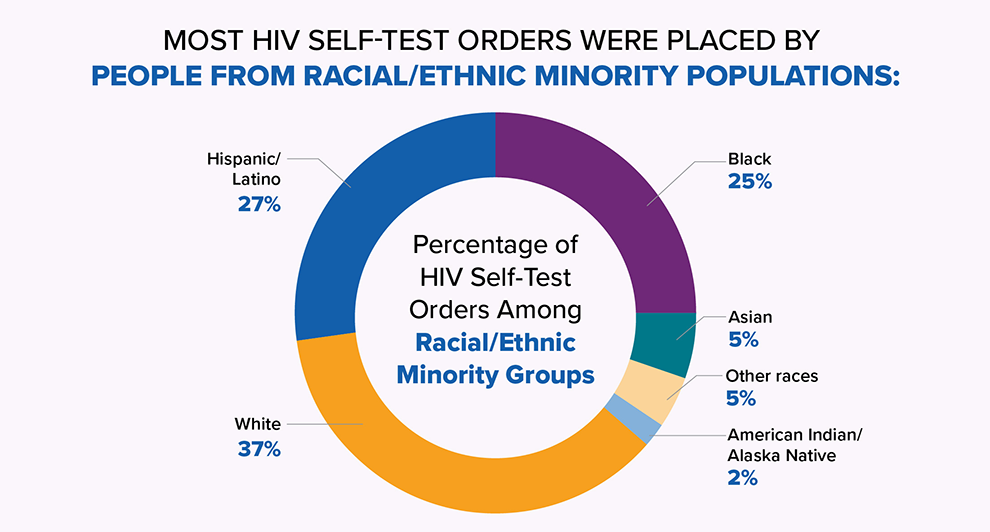 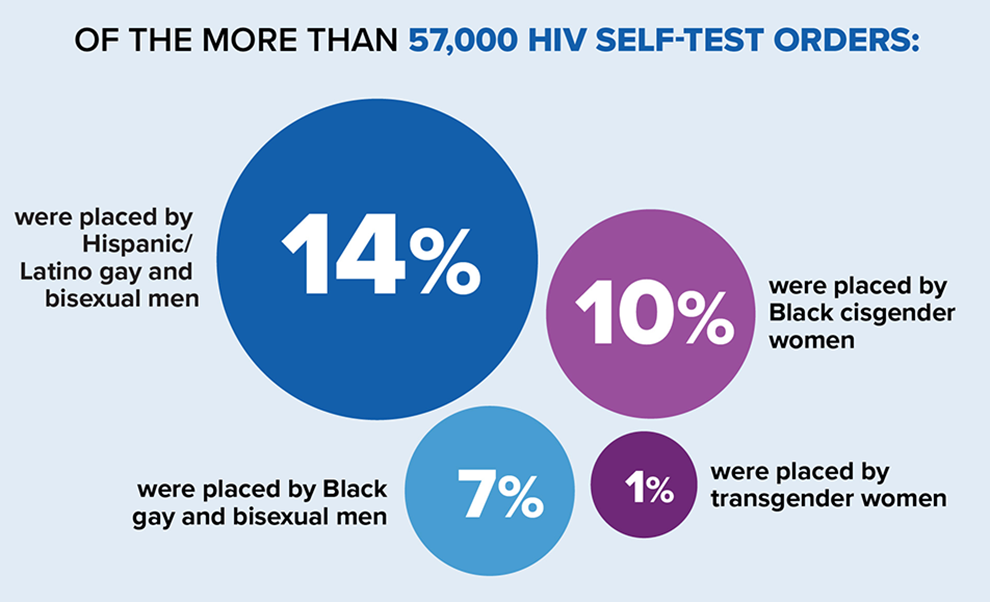 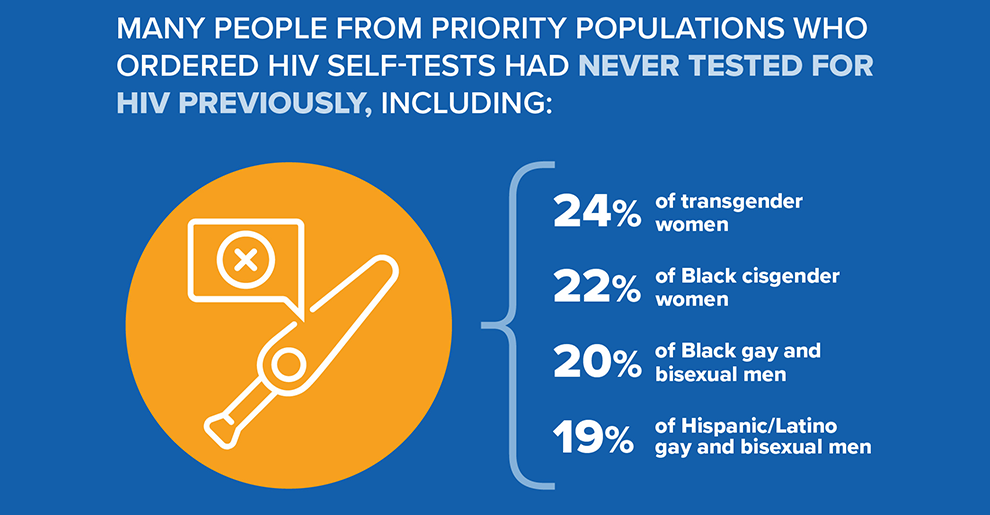 Unlike some other HIV prevention initiatives, this project also allowed people with diagnosed HIV or who were using pre-exposure prophylaxis (PrEP) for HIV prevention to order HIV self-tests and encouraged them to share self-tests with their social networks instead of using them themselves. Of the total orders, 2% were among people with diagnosed HIV and 5% were among people taking PrEP, highlighting the potential for these groups to promote HIV testing among their peers.