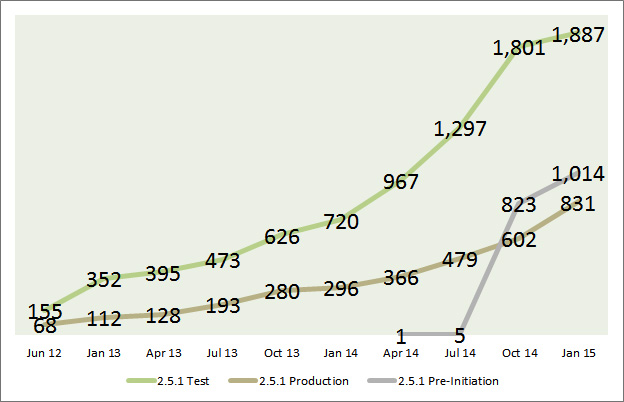 Number of Hospitals in Test and Production for 2.5.1 ELR, Trend over Time.

The number of hospital labs in test and production for ELR has grown every quarter since June 2012, as shown in the following graph.

In 2013, hospital labs were responsible for 20% of electronic lab reports to public health for notifiable diseases. This compares to 14% in 2012.

Trends for All Labs

In addition to hospital labs, the CDC monitors ELR for four additional lab types, for a total of five types of labs: 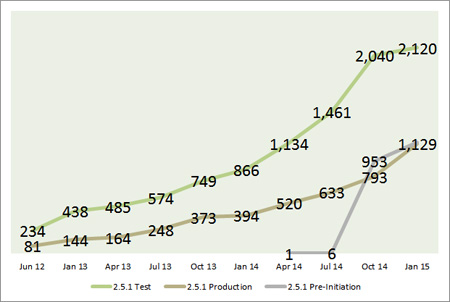 Number of Labs of All Types in Test and Production for 2.5.1 ELR, Trend over Time.

The total numbers of labs of all types in test and production for 2.5.1 ELR are growing at rates generally consistent with those of hospital labs alone, although for all labs the production increase is a higher percentage change than the test increase. The biggest gains to date are during the 2014 calendar year: