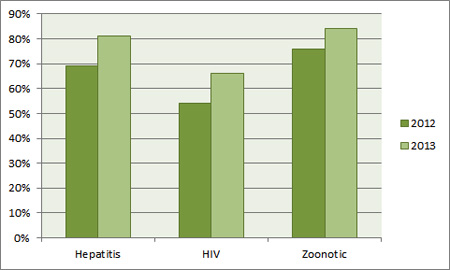 Increased Percentages of ELR for Hepatitis, HIV, and Zoonotic in 2013.

Increased Percentages of ELR for Hepatitis, HIV, and Zoonotic in 2013

The total number of all lab reports (both electronic and paper/fax) sent in 2013 was higher than the number sent in 2012 (21.9 million compared to 18.3 million), and a higher percentage of these reports were sent electronically. Overall, there was a 5% increase in ELR volume as a percentage of laboratory reporting volume for the year.

ELR in 2013 Subdivided Into Disease Categories 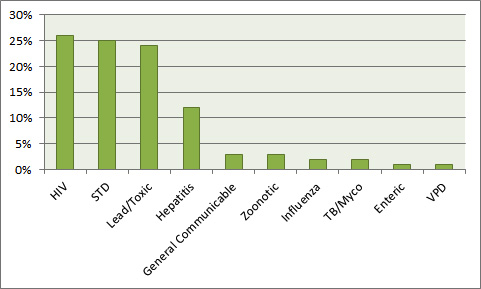 ELR in 2013 Subdivided Into Disease Categories.