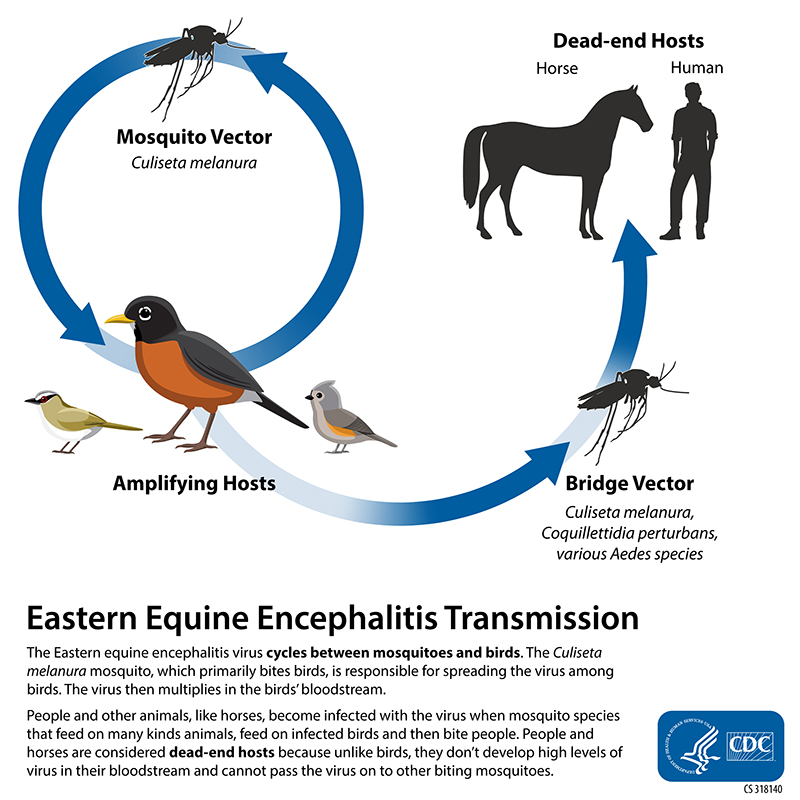 Eastern equine encephalitis virus (EEEV) is maintained in a cycle between Culiseta melanura mosquitoes and avian hosts in freshwater hardwood swamps. Culiseta melanura is not considered to be an important vector of EEEV to people because it feeds almost exclusively on birds. Transmission to people requires another mosquito species to create a “bridge” between infected birds and uninfected mammals, such as people or horses. Most of the bridge species are within the Aedes, Coquillettidia, and Culex genera.

Horses are susceptible to EEEV infection and many cases are fatal. EEEV infections in horses, however, are not a significant risk factor for human infection because horses (like humans) are considered to be “dead-end” hosts for the virus (i.e., the concentration of virus in their bloodstreams is usually insufficient to infect mosquitoes). There is a vaccine to prevent EEEV infection in horses.