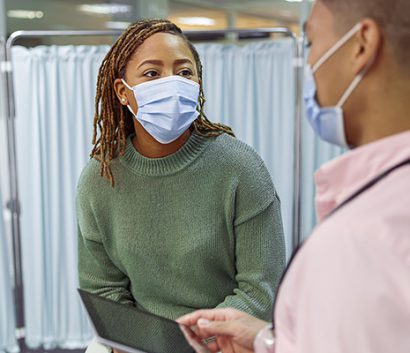 Neisseria gonorrhoeae causes gonorrhea, a sexually transmitted infection (STI) that can result in life-threatening ectopic pregnancy and infertility—and can increase the risk of getting or transmitting HIV. Named an urgent threat in CDC’s 2019 Antibiotic Resistance Threats Report, this common infection leads to more than an estimated half a million drug-resistant infections in the United States each year. Gonorrhea spreads easily from person to person through sexual contact. Rising concerns about resistance to available therapies, and ultimately untreatable gonorrhea, means we must be able to rapidly detect, respond to, and prevent the spread of any identified outbreaks. Drug resistance testing is an important part of stopping spread, specifically by identifying and treating resistant, or harder to treat, infections.

To increase access to this testing, CDC, along with health departments in two states, is expanding drug-resistant gonorrhea surveillance beyond traditional STI clinics and into emergency departments, where more people are seeking STI care. By tapping into emergency department testing, CDC can increase local gonorrhea surveillance to track spread within a community that can inform targeted prevention activities, such as trainings and appropriate antibiotic use.

CDC collects nearly 30,000 gonorrhea samples each year for testing through the Strengthening the United States Response to Resistant Gonorrhea (SURRG) program. SURRG was established in 2016 in concert with CDC’s Antibiotic Resistance Laboratory Network. From 2018 through 2019, nearly one-third (29%) of patients with positive tests from the North Carolina SURRG project were diagnosed at emergency departments, and drug resistance testing uncovered eight cases of gonorrhea less likely to be successfully treated by one of two drugs in the recommended first line treatment at that time. Each of these cases was confirmed to be successfully treated. These data are critical to ensure patients receive the best treatment regimen for gonorrhea to reduce the chance of developing and spreading a resistant infection.

Through this pilot, SURRG worked with partners to:

As drug-resistant gonorrhea continues to jeopardize treatment options in the U.S., CDC plans to continue SURRG testing to better position the U.S. to prevent and control this threat.

Learn more about how CDC works with state and local health departments to better detect and respond to drug-resistant gonorrhea and how CDC is moving the needle pdf icon[PDF – 2 pages] to stop the spread of other antibiotic resistant threats across One Health.