Previous reports have indicated that increases in synthetic opioid-involved deaths have been associated with the number of drug submissions obtained by law enforcement that test positive for fentanyl but not with fentanyl prescribing rates. These reports indicate that increases in synthetic opioid-involved deaths are being driven by increases in fentanyl-involved overdose deaths, and the source of the fentanyl is more likely to be illicitly manufactured than pharmaceutical.2,3,4

The figures below show the changes in age-adjusted death rates involving synthetic opioids by urbanization classification of residence from year to year. 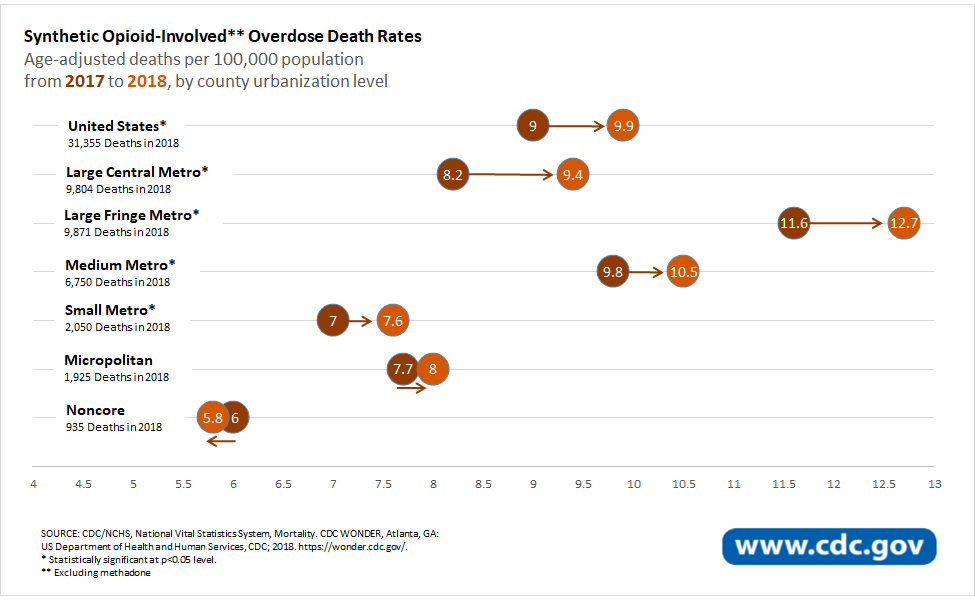 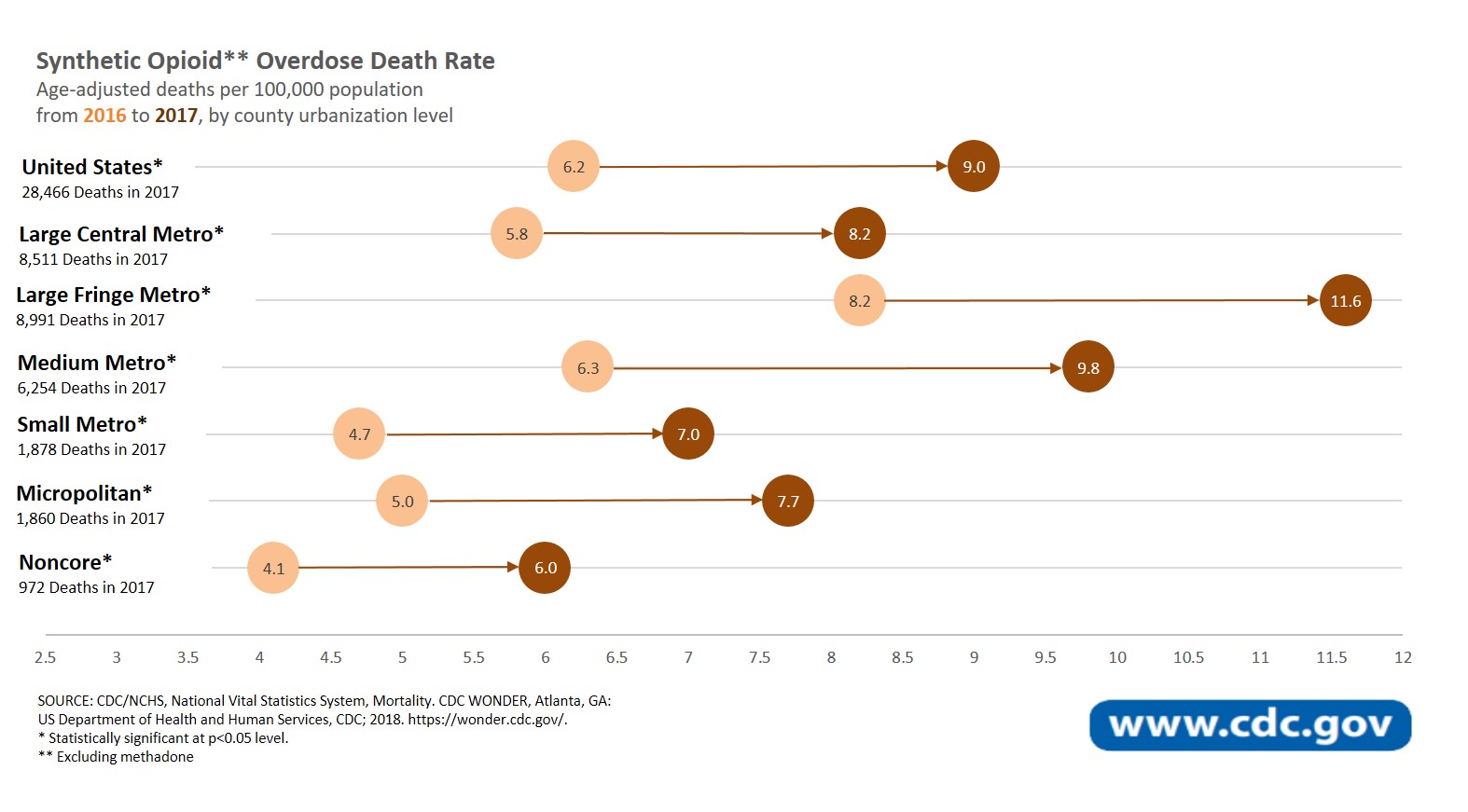 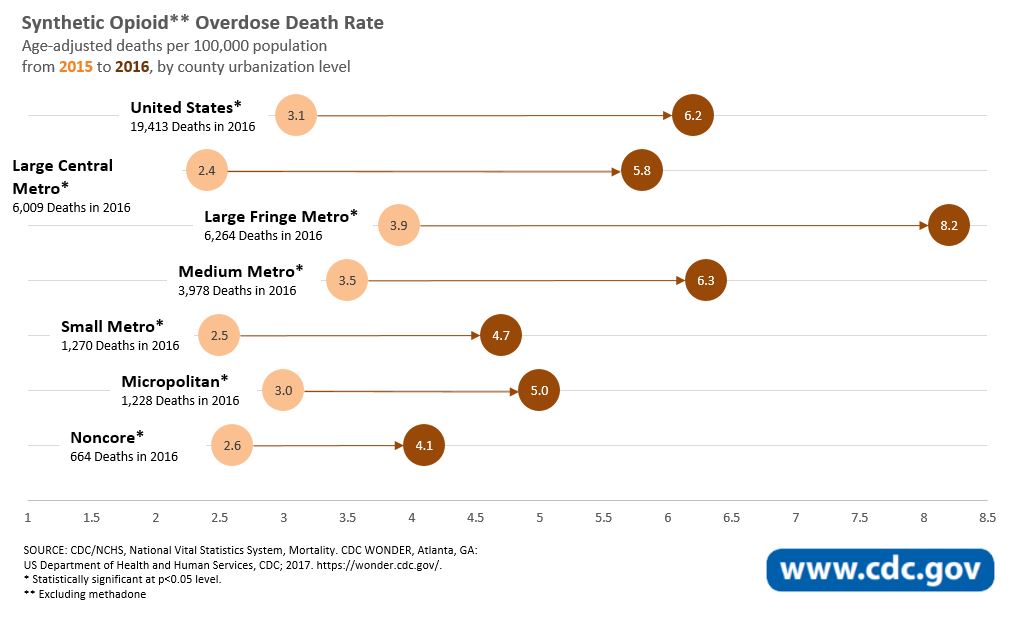