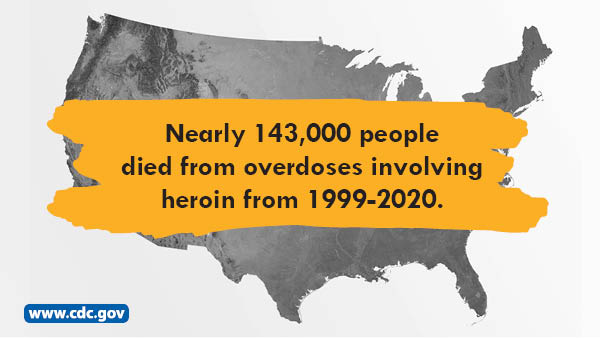 In 2020, heroin-involved overdose death rates decreased nearly 7% from 2019 to 2020. However, more than 13,000 people died from a drug overdose involving heroin in the United States, a rate of more than four deaths for every 100,000 Americans.  The number of heroin-involved overdose deaths was nearly seven times higher in 2020 than in 1999. Nearly 20% of all opioid deaths involved heroin.1

The figures below show the changes in age-adjusted death rates involving heroin by urbanization classification of residence from year to year. 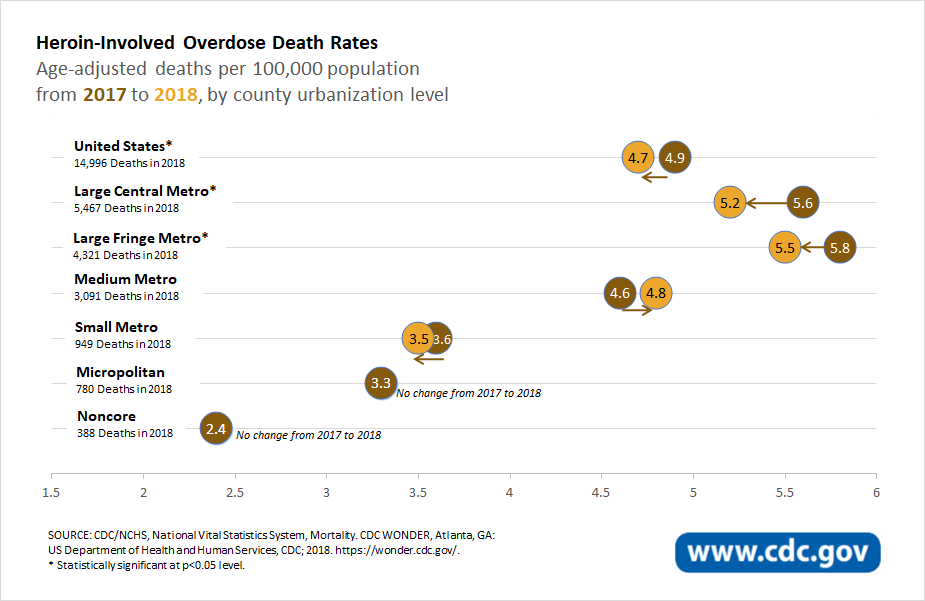 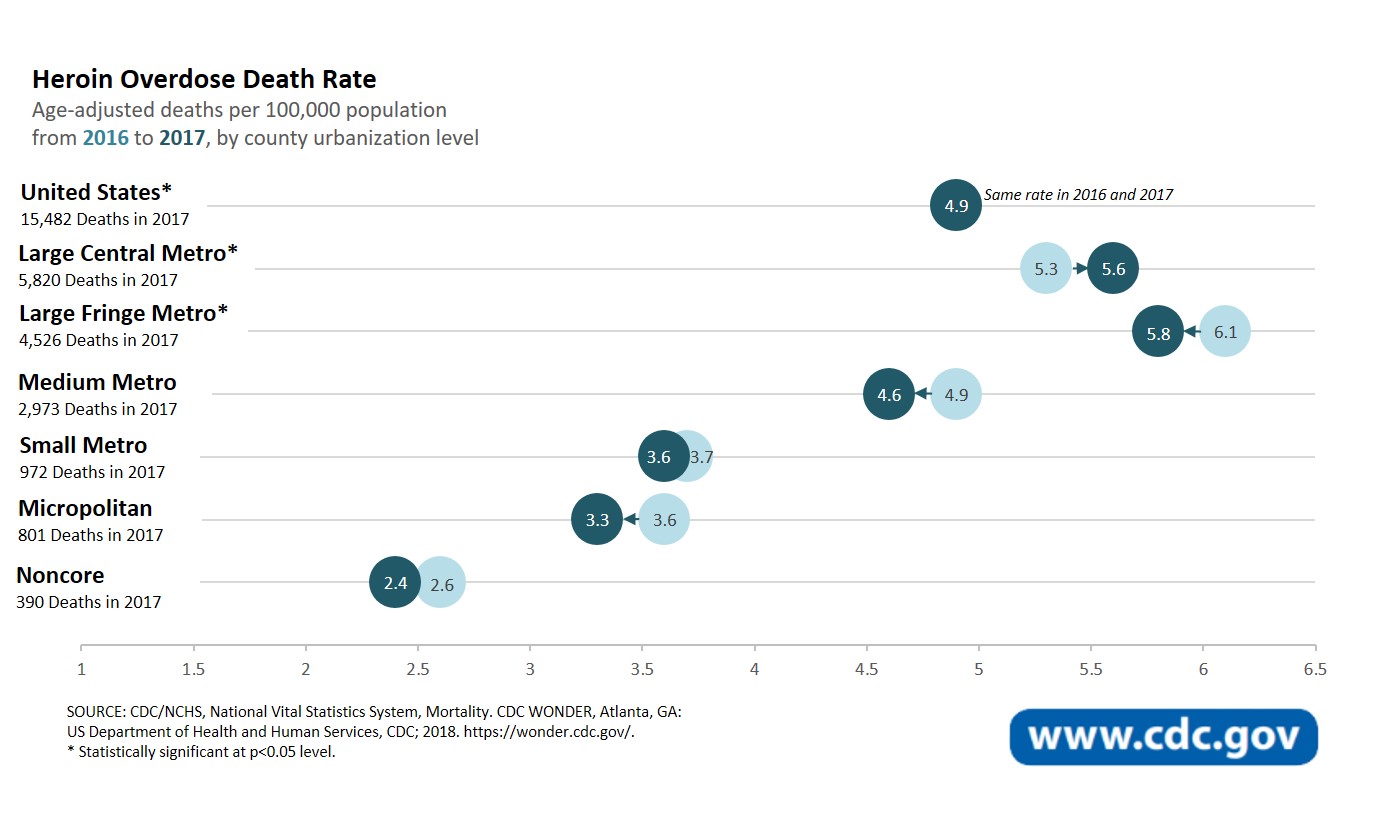 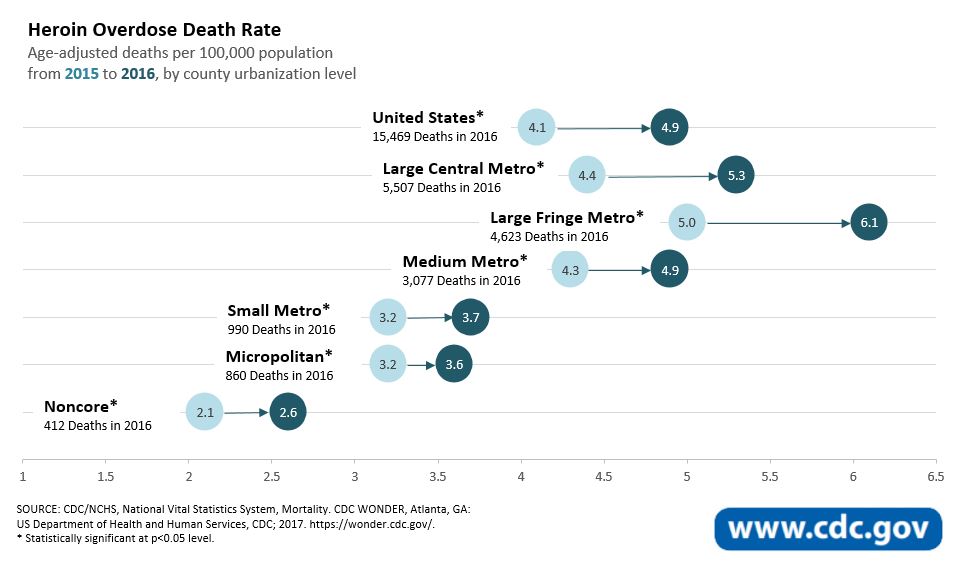