Back to Drug Overdose Deaths 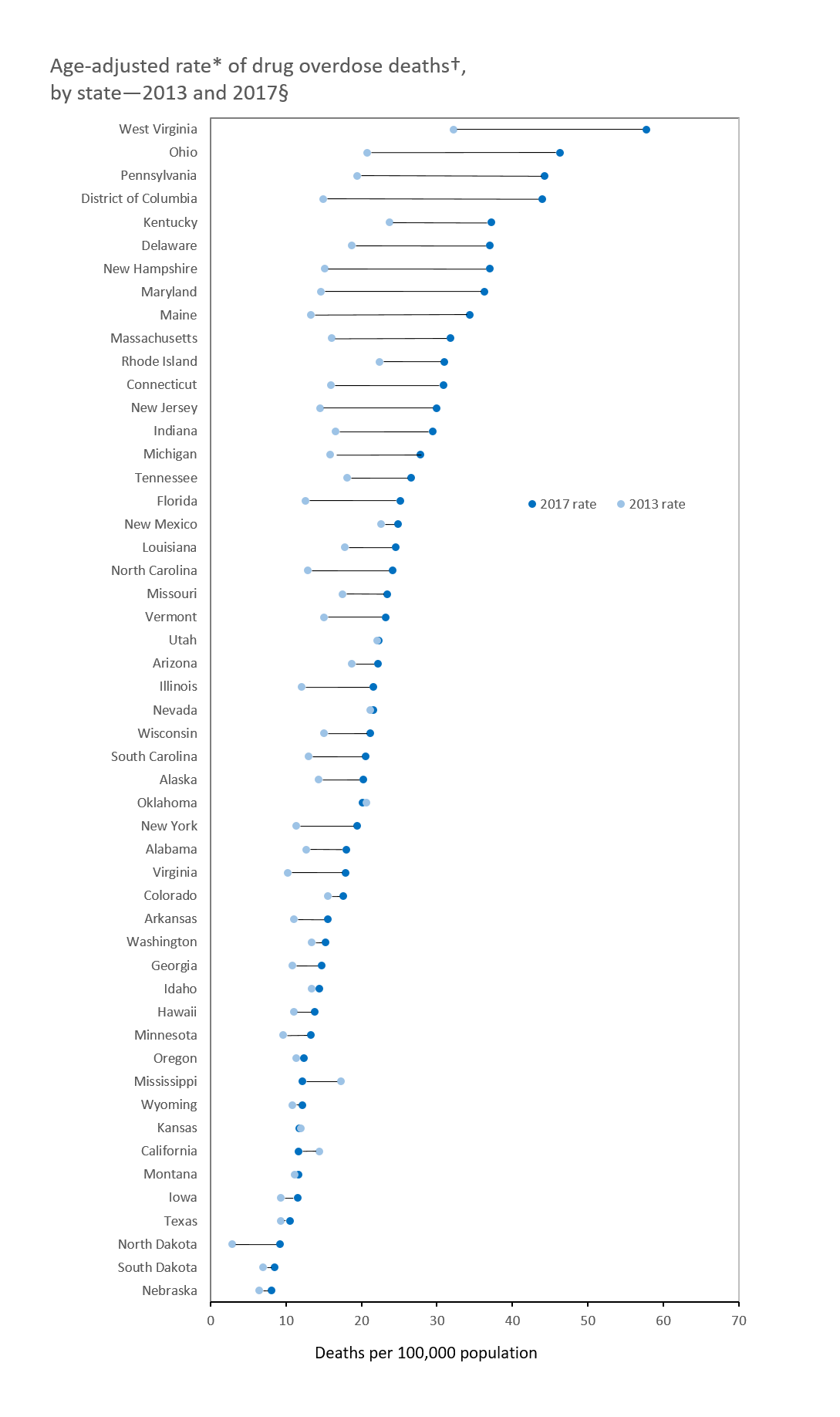 * Rates shown are the number of deaths per 100,000 population. Age-adjusted death rates were calculated by applying age-specific death rates to the 2000 U.S. standard population age distribution.