A 29-year-old female from the West Indies was visiting relatives for a few months in the Midwest. After several weeks she began to experience fevers, headache, and occasionally insomnia. Her relatives took her to the emergency room of the local hospital where she explained that she had malaria about one year previous and thought that she may be experiencing a relapse. Thick and thin blood films were made, stained with Giemsa, and examined. Nothing reportable was observed on a thin film; the objects seen in Figures A-C were observed on the thick film at 1000× magnification. The objects were approximately 180–190 micrometers long. What is your diagnosis? Based on what criteria? 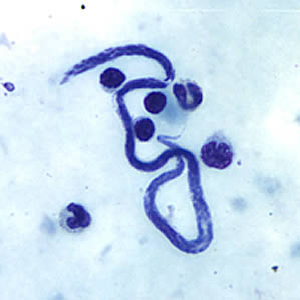 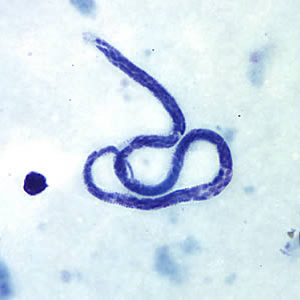 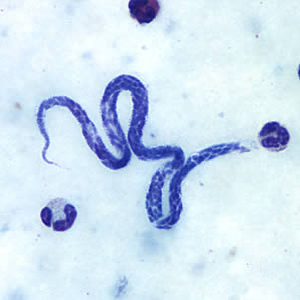 This was a case of filariasis caused by Mansonella ozzardi (also known as Ozzard’s filariasis or mansonelliasis). Morphologic features seen in the images included:

Microfilaria of M. ozzardi are nonperiodic, therefore they may be observed in blood specimens drawn from infected individuals regardless of whether the specimen was collected during the day or at night. Incubation period in humans has not been determined and clinical presentation varies in different populations.