Related Pages
A 45-year-old man, HIV positive, went to his health care provider with complaints of abdominal cramping, occasional watery diarrhea, and noticeable weight loss. The physician ordered an ova and parasites (O & P) examination. Fecal smears were prepared from formalin-fixed stools, stained by different techniques including Chromotrope 2R, and examined by a reference lab. The objects seen in Figures A-C are what was observed on the Chromotrope 2R stained smear at 1000× magnification. What is your diagnosis? Based on what criteria? What, if any, further examinations with other staining techniques would you recommend? 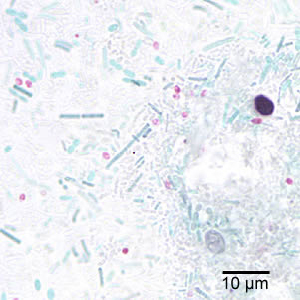 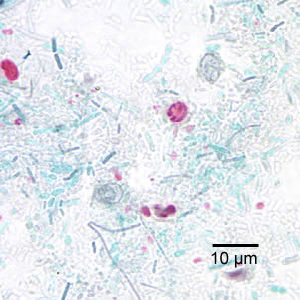 This case showed a mixed infection of both microsporidiosis and cryptosporidiosis (initially suspected in the Chromotrope 2R stained smear). Diagnostic morphologic features of microsporidian spores that were observed in all three images included:

In Figures A and C, oocysts of Cryptosporidium could also be identified. Morphologic features observed were: 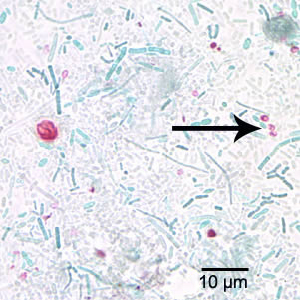 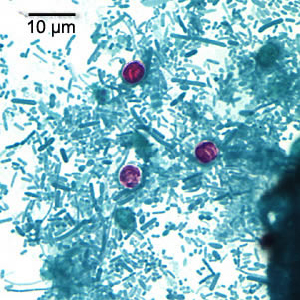