A 27-year-old male from Cameroon, who immigrated to the U.S. six years ago, presented to his health care provider with ocular pain and swelling. He told his health care provider that he had an episode of “a worm crawling in his eye” three years prior. Upon examination, the man was found to have a worm-like object below the conjunctiva (Figure A) and it was removed surgically. Figure B shows the object after it was removed; it measured a little over 4 cm. Figure C shows one end of the object at 40x magnification. A blood specimen was also collected and thick smears were prepared and stained with Giemsa. Figures D and E show what was observed in high numbers at 400x magnification. What is your diagnosis? Based on what criteria? 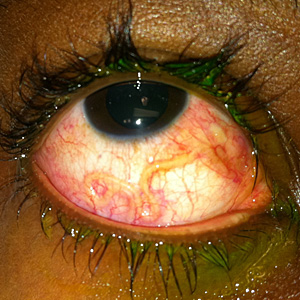 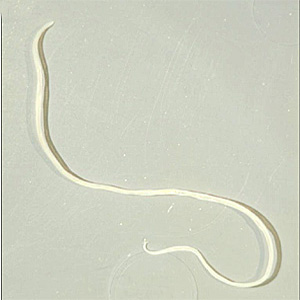 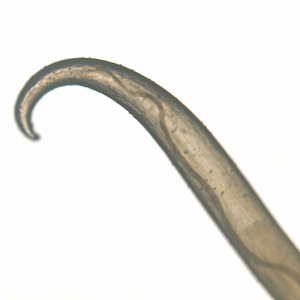 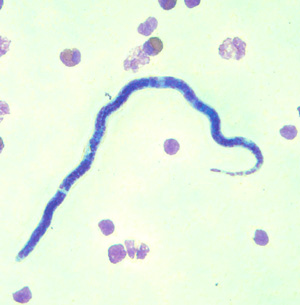 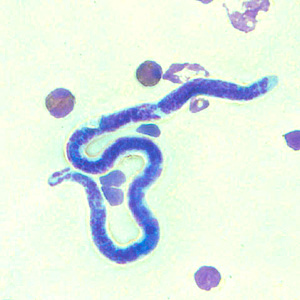 This was a case of loaisis caused by Loa loa. Diagnostic features included: