Data from the 1999–2017 Medicare Current Beneficiary Survey were used to estimate average annual per capita OOP costs and the percentage of beneficiaries experiencing high OOP burden (that is, OOP costs greater than 10% or greater than 20% of beneficiaries’ income). Cost and income estimates were adjusted to 2017 US dollars.

During the study period, total OOP costs ranged between $3,609 and $5,283 among Medicare beneficiaries with diabetes. Costs increased significantly until 2005 and then leveled off; in contrast, the percentage having high OOP burden increased significantly until 2003 and then decreased. Total OOP costs were highest among the high-income group, but OOP burden was greater among beneficiaries with diabetes experiencing poverty or with lower incomes. 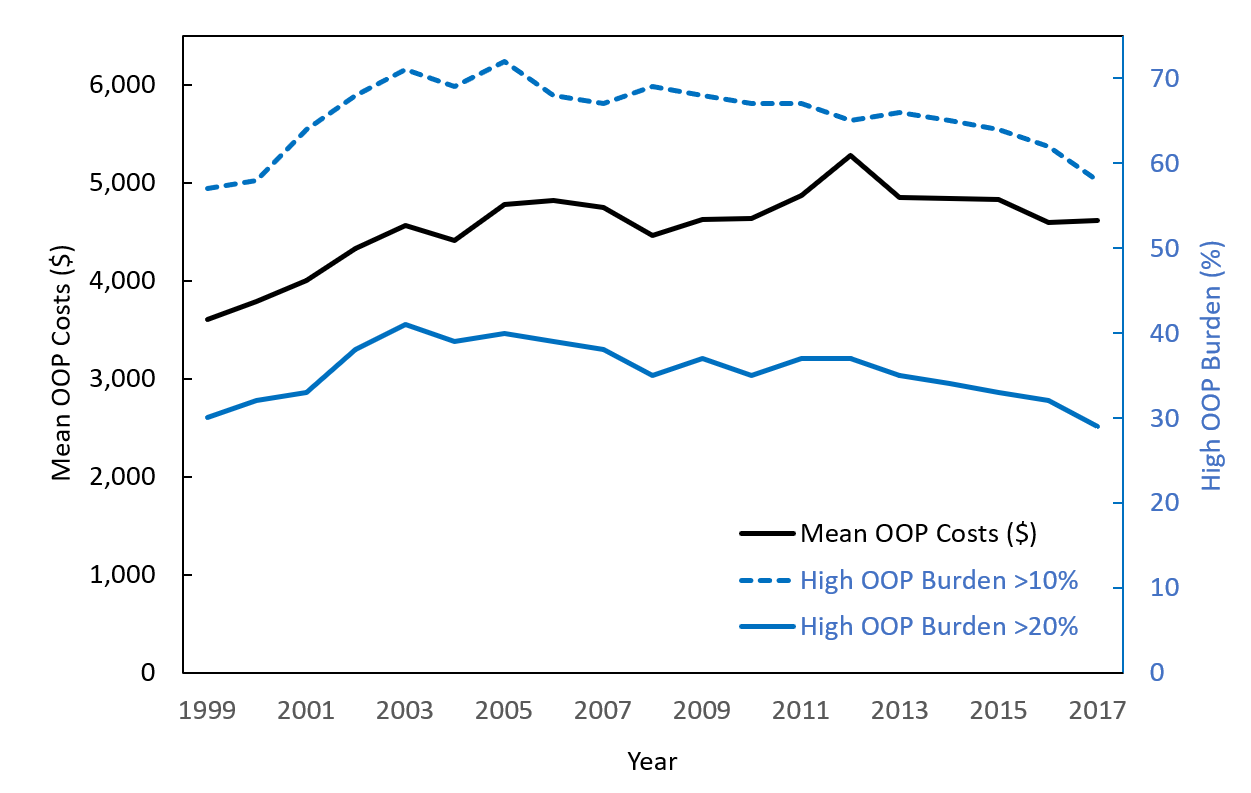 Medicare beneficiaries with diabetes experience a large financial burden in managing health care needs. Find out how to save money on medicine, supplies, and treatment and still get needed diabetes care.