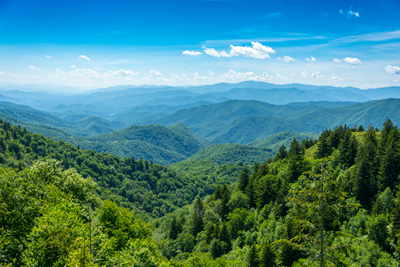 The Appalachian Region is a 205,000-square-mile area that follows the spine of the Appalachian Mountains from southern New York to northern Mississippi. The region includes 420 counties in 13 statesexternal icon. It extends more than 1,000 miles and is home to more than 25 million people.

Many people in Appalachia face serious and unique health challenges, which are influenced by factors including socioeconomic status, living in rural areas, and culture. Compared with the rest of the nation, the people of Appalachia experience notably lower health care access, higher rates of substance use and mental health disorders, and higher rates of cancer and chronic diseases including heart disease, stroke, and diabetes. These differences in health outcomes are especially pronounced in the region’s most economically distressed counties.1-3

Diabetes in the Appalachian Region 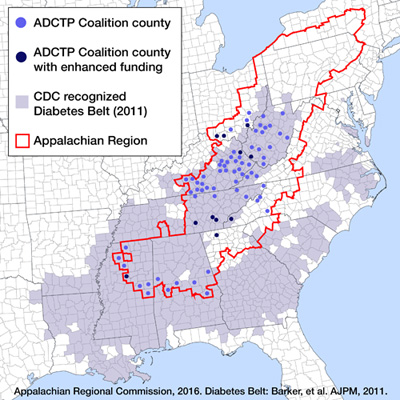 In a 2010 study, researchers found that residents in the 78 counties classified as distressed (lowest on a five-point socioeconomic scale) by the Appalachian Regional Commissionexternal icon (ARC) were 1.4 times more likely to have diabetes than residents of non-Appalachian counties. Also, the prevalence of diabetes in people aged 45 to 64 years was approximately 1 in 5 in distressed counties, but only 1 in 8 in non-Appalachian counties.3

In 2011, the Centers for Disease Control and Prevention (CDC) labeled a 644-county area of the United States as the “diabetes belt,” at that time, approximately 11.7% of the population was diagnosed with diabetes as compared with only 8.5% of the population residing outside the belt. More than 33% of the diabetes belt counties lie in central and southern Appalachia.4 Multi-sectoral engagement is needed to prevent and control diabetes and reduce the burden of this disease in this region.

Purpose of the Appalachian Diabetes Control and Translation Project (ADCTP)

The purpose of the Appalachian Diabetes Control and Translation Project is to reduce the effect of diabetes among people who live in high risk (distressed) communities in Appalachia. With support from CDC’s Division of Diabetes Translation (DDT) and the Appalachian Regional Commissionexternal icon, the Center for Rural Health at Marshall Universityexternal icon in Huntington, West Virginia, is building an infrastructure of community-based diabetes coalitions that serves 73 counties in 9 states.

In 2011, the Center for Rural Health at Marshall Universityexternal icon secured a $2.6 million award from the Bristol-Myers Squibb Foundationexternal icon to expand the reach and impact of ADCTP. This major source of funding was competed among existing coalitions, and enhanced funding was provided for the strongest coalitions. Interventions were focused on building access to quality preventive services, healthy foods, physical activity, and healthy environments in 10 counties.

Since 2011, the Appalachian Diabetes Control and Translation Project coalitions have reported numerous accomplishments: 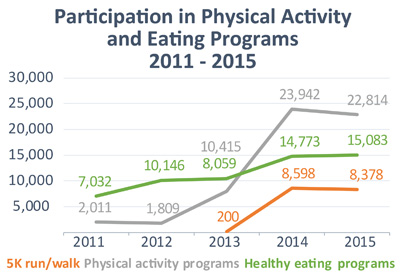 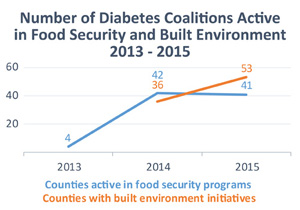 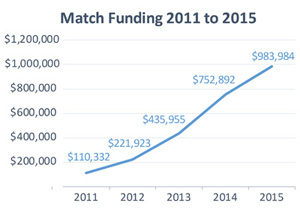 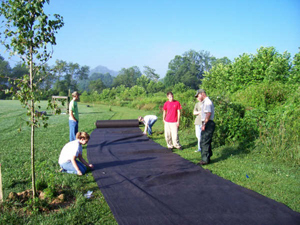 A local community assessment found that 34.6% of adults were physically inactive, and 34.2% were obese. The Meigs County Health Council then identified type 2 diabetes prevention as a need in the community and applied for an ADCTP grant. Upon receiving the award, a portion of the funding was used to construct a walking track to provide a safe walking area for the Meigs South Elementary School students and other residents in Southern Meigs County.

Meigs South Elementary School celebrated the grand opening of their new walking track in September 2012. Construction was accomplished through collaboration with a local contractor, coalition members, a community partner, and the Meigs County Highway Department.5

A certified diabetes educator and an extension service agent in Mingo County, West Virginia, met for coffee to discuss their concern about the high prevalence of diabetes in the county (13%). In addition, they noted many residents struggled to control their disease because of limited resources or community support to help them adopt healthier lifestyles. Working together, the diabetes educator and the extension agent applied for a planning grant from the Appalachian Diabetes Control and Translation Project to establish a diabetes coalition in Mingo County.

The Mingo County Diabetes Coalition brought together clinical partners that included a local physician, four mid-level practitioners, and two certified diabetes educators from an American Diabetes Association (ADA)-recognized DSME program. The group organized coalition members to develop cooking classes, a community garden, and team-based walking competitions. Walking competitions have now been adopted by over 50 of the coalitions in the Appalachian Diabetes Control and Translation network. The Mingo County Diabetes Coalition also was the first coalition to sponsor monthly 5K runs/walks.

The funding from the Center for Medicaid and Medicare Services and technical assistance provided by the Appalachian Diabetes Control and Translation Project, helped to hire and train a group of Community Health Workers (CHWs). Under the supervision of the clinic staff, CHWs worked with high risk patients and made weekly home visits to help patients practice self-management skills such as taking prescribed medications, checking blood sugar levels, making healthy food choices, and following up on clinic visits. When CHWs started following up on more than 100 patients, the average baseline A1C was 10%. Six months later, the average A1C was 7.5%, reflecting a decrease of 2.5 percentage points. The CHWs continue to encourage patient involvement in the various community-based activities and share the availability of non-clinical resources for their patients.6

The Center for Rural Health at Marshall Universityexternal icon supports the development and dissemination of evidence-based and best practice programs. For the Appalachian Diabetes Control and Translation Project, a team of four professionals work with communities in distressed counties to develop and support diabetes coalitions. They provide ongoing technical assistance and leadership training and conduct site visits. They also link the coalitions with resources that strengthen the coalitions’ work.

In 2016 and beyond, the Appalachian Diabetes Control and Translation Project will continue to strengthen its coalition network by engaging new coalitions in distressed and underserved areas, and by providing expert technical assistance for existing coalitions. Coalitions will be increasingly involved in expanding the National DPP and other evidence-based programs that have not been deployed extensively in rural, low-resource settings. In addition, the partnership will begin developing an improved approach to evaluate and monitor the impact of coalition activity.