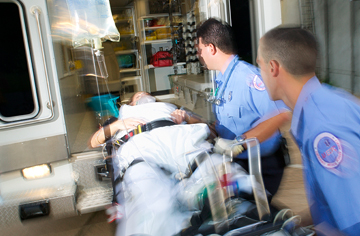 New York State has the lowest death rate from stroke in the United States. However, because the state has a large population, the actual number of deaths in 2018 was the sixth highest in the nation.1

State officials recognized that reducing stroke deaths meant improving patient care from the time the ambulance first reaches the patient. They created a team to identify key data that emergency medical services (EMS) personnel should collect and report to emergency department staff before stroke patients arrive at a hospital. Receiving the data before arrival helps ensure timely and effective treatment of patients.

When a person has a stroke, EMS personnel assess their symptoms to determine what emergency treatment they need and where to transport them. This assessment includes key stroke data elements, such as the time at which the patient was “last known well,” and scores on prehospital screening tools called stroke scales.

For EMS personnel, adopting a new system and collecting more data elements was a challenge. During the transition period, staff in the NYS Coverdell Program met weekly with the Bureau of EMS, regional EMS program agencies, and the software vendors to address problems. Ongoing communication with key partners was critical to sustaining support for the new system.

The Bureau of EMS rolled out the new data system to one vendor at a time (and to all ambulance services using that vendor), starting with the largest vendor in the state. This approach ensured that the state database included EMS data from all vendors and EMS program agencies in New York.

During 2018–2019, more than 691 ambulance services across New York State moved from NEMSIS 2.0 to 3.4. The Bureau of EMS held weekly webinars with regional EMS program agencies to build relationships and improve the quality of stroke care across the state. During the webinars, EMS program agencies were able to identify problems and solutions. 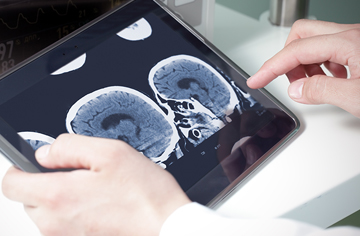 The NYS Coverdell Program continues to work to improve stroke care for New York residents. For example, the program has:

For states that decide to conduct similar projects, the NYS Coverdell Program recommends partnering with state EMS program agencies to review their current systems to see whether key stroke data elements are already being collected. The program also recommends involving all affected partners before implementing a new system and maintaining ongoing communication to give partners a way to voice concerns and discuss solutions.