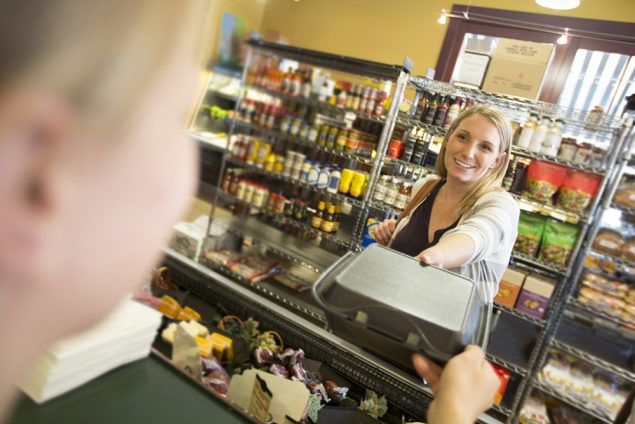 To help Philadelphians prevent and manage chronic diseases, the city instituted nutrition standards for meals served by city departments. Sodium reduction was among the goals, but some popular lower sodium foods were hard to find.

The Philadelphia Department of Public Health (PDPH) partnered with Drexel University to reformulate and taste-test a recipe for hoagie rolls. The recipe developed is now being served in Philly schools, and Amoroso’s has been producing a variety of rolls using the new reformulation.

One in three adult Philadelphians has high blood pressure, a major risk factor for heart disease, which is the leading cause of death in the city. Because improving nutrition can help prevent and control heart disease and other chronic conditions, Philadelphia passed comprehensive nutrition standards in 2014 (Executive Order 04-14) that, among other goals, aim to reduce sodium in meals served, sold, or otherwise provided by city departments to clients, patients, employees, and the general public.

PDPH partnered with Drexel Food Lab (DFL)external icon, which has experience reformulating popular foods. DFL’s priority was to reformulate the rolls used for hoagies, an iconic Philadelphian food, to meet the city’s sodium standard of 290 mg or less per serving. The 6-inch roll typically contains 300 mg to 400 mg of sodium.

DFL experimented with varying salt levels in a generic recipe and performed taste tests with PDPH staff, DFL students, and city departments’ food service staff, hospitals, and schools. DFL approached Amoroso’s Baking Company with the reformulation and evidence of demand, and Amoroso’s advanced the reformulation with its own ingredients and industrial machinery to run test batches.

Taste testers responded positively to Amoroso’s lower sodium whole grain–rich hoagie roll, which has 210 mg of sodium. They said that although the roll tasted noticeably different on its own compared to retail rolls and even Amoroso’s “school hoagie roll,” which contains 350 mg of sodium, they found almost no difference when the rolls were served as sandwiches. Amoroso’s received interest in the roll from Philadelphia-area hospitals, homeless shelters, and schools.

In April 2019, it replaced the School District of Philadelphia’s (SDP’s) hoagie roll with the reformulation, a reduction of 140 mg of sodium in each of the 1.68 million rolls SDP buys annually, taking 1,294 pounds of salt out of school lunches.

Manufacturers’ efforts to reformulate existing products to make them healthier can translate to sales—often they are not aware of the demand.

PDPH and DFL have begun to experiment with sodium-reduced reformulations of other popular foods, including soft pretzels, soup bases, ranch dressing, and deli meats. DFL maintains its relationship with Amoroso’s and will track the uptake of the new reduced-sodium hoagie roll and quantify the sodium removed from city meals.

Learn more about the PDPH Division of Chronic Disease and Injury Prevention’s activities related to food and nutritionexternal icon.

The collaboration between PDPH and DFL is supported by the Centers for Disease Control and Prevention (CDC) through Cooperative Agreement CDC-RFA-DP16-1607external icon administered by CDC’s Division for Heart Disease and Stroke Prevention.