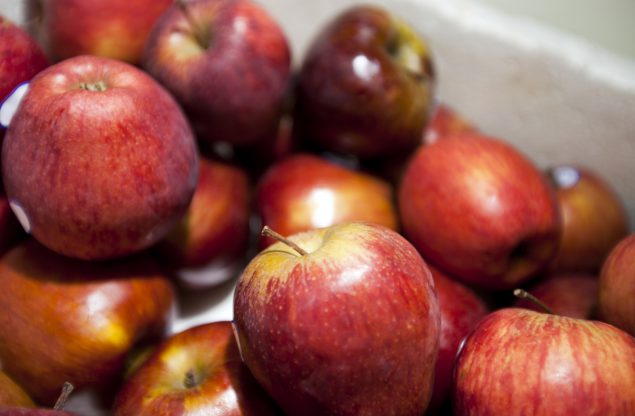 Through the Sodium Reduction in Communities Program (SRCP), the Oregon Department of Corrections (DOC) and the Oregon Health Authority (OHA) aim to reduce sodium intake among adults in custody by 20% over 5 years. This goal will be accomplished by buying lower sodium versions of common ingredients, modifying recipes, and changing preparation techniques.

These changes can slow the rapid rise in heart disease and stroke in the incarcerated population and reduce the cost of medical treatment.

In Oregon, adults in prison are four times more likely to have cardiovascular disease than adults in the general population. The number of Oregon inmates with cardiovascular disease increased 160% from 2006 to 2012, according to the 2014 Report to the Interim Committee of the Legislative Assembly. High blood pressure is a major risk factor for heart disease and stroke, which are debilitating and costly medical conditions. Excess sodium consumption increases blood pressure and the risk of heart disease and stroke.

With a limited food budget of $2.55 per inmate per day, the Oregon DOC faces significant challenges in providing fresh, healthy foods that are low in sodium.

DOC Food Services staff and inmates who work in the kitchens serve more than 16 million meals a year. In consultation with OHA and the Oregon State University Food Innovation Center, DOC substituted low sodium versions of foods and updated high sodium recipes for items such as breads, sauces, and salad dressings. For example, DOC previously bought soup bases that were used in a variety of recipes; through this project, DOC began including low sodium specifications in its product contracts.

In the first 2 years of the SRCP, DOC food services staff reduced the sodium in inmate meals by 17%, from 5,266 mg to 4,362 mg a day on average. This was accomplished with two main interventions: substituting lower sodium beef base, chicken base, and soy sauce used in 21 menu items and modifying 14 recipes for salad dressings, gravies, sauces, pancakes, and tortillas.

Multiplied across a state prison population of nearly 15,000, these types of changes hold potential for slowing the rapid rise in heart disease and stroke and reducing the health care costs to taxpayers.

Ninety-five percent of Oregon inmates will eventually be released. When they re-enter society healthier, that saves money on health care costs and contributes to healthier communities for all of us.

Decision makers for other large-scale food service programs can learn from DOC’s model and can help address health disparities by partnering with public health experts. OHA and DOC will continue to use this model to work toward their 5-year goal to reduce sodium intake among adults in custody by 20%.

In the coming years, they will work with other institutional food service buyers—including schools, hospitals and health care systems, colleges and universities, senior meals programs, and other correctional facilities—to align contract language for lower sodium foods and ingredients.

Leveraging the buying power of government and nongovernment food service programs will show manufacturers that they have a market for healthier products.

You can encourage programs that provide food services to consider reducing sodium in the meals they serve. Some programs, such as day care centers, group homes, or after-school programs, may not realize how sodium reduction can support the health of communities.

This work is supported by Centers for Disease Control and Prevention Cooperative Agreement CDC-RFA-DP161607external icon.