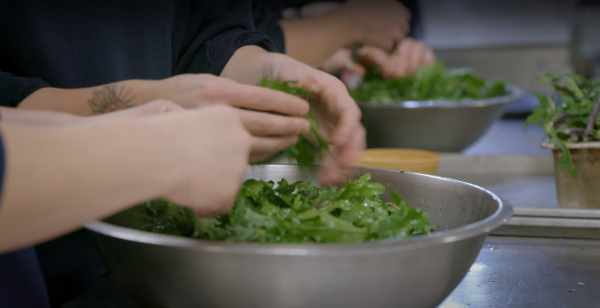 Watchexternal icon more about how meal changes can improve health in correctional facilities.

Blood pressure is affected by many things, including what we eat. Foods high in sodium can increase blood pressure. High blood pressure, also known as hypertension, increases the risk of stroke, heart disease, and kidney disease.1 Prepackaged bread often contains high amounts of sodium to help extend its shelf life.2,3 Because many people in the United States eat bread every day, this excess sodium can make a big difference in blood pressure.

The Oregon Health Authority (OHA)external icon sought to make institutional changes to the food it offers in schools, hospitals, and correctional facilities. OHA collaborated with local food scientists to develop a low sodium bread and test whether this healthier option would be received well by people at these institutions. The goal was for people at the institutions to eat and enjoy a low sodium option and integrate other healthy food selections into their diet.

Foods that are high in sodium do not always taste salty. Many foods in U.S. adults’ daily diet have surprisingly high levels of sodium, which means that people could be eating more sodium than they realize. Bread is one of the largest contributors of sodium to the American diet, because added sodium increases bread’s shelf life.3,4 To address this issue in its state institutions, OHA decided to change the recipe for the bread used in its schools, hospitals, and correctional facilities. The goal was to develop a healthier alternative that contained less sodium. 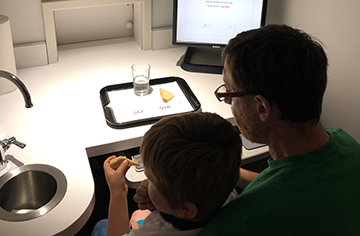 Interestingly, most consumers liked the lowest sodium version of the sandwich bread more than the version with 14% less sodium and the original version. Similarly, consumers liked the hamburger buns with 22% and 14% less sodium better than the original version. These results indicate that replacing the sandwich bread and hamburger buns in statewide institutions with lower sodium versions would not only be accepted but preferred.

The consumer taste test provided encouraging evidence that people could enjoy eating lower sodium bread. One potential issue with reducing sodium in these bread products is a shorter shelf life. The FIC will conduct shelf-life testing for the products and work with the Department of Corrections to manufacture this lower sodium bread and distribute it to schools, hospitals, and correctional facilities across Oregon.

Offering lower sodium bread in Oregon schools, hospitals, and correctional facilities can reduce the risk of hypertension for people in these communities. This could also be an opportunity to show people that lower sodium foods can be healthier options without sacrificing taste.

Watch and learn how the Oregon Department of Corrections reduced sodium on a limited budget and learn more about the ingredients being used at Coffee Creek Correctional Facility in Oregon.

Use the SRCP Implementation Guide to apply sodium reduction strategies derived from the SRCP into your communities.