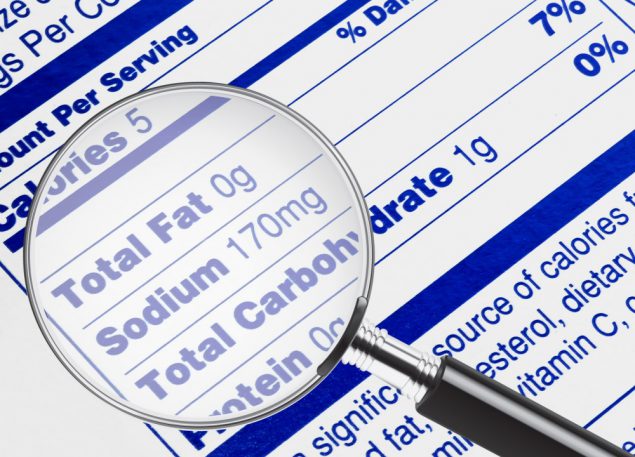 About 62% of Marion County, Indiana, residents age 65 or older have high blood pressure, according to the Centers for Disease Control and Prevention’s 2015 Behavioral Risk Factor Surveillance System. High sodium intake can contribute to high blood pressure, a major risk factor for heart disease and stroke. Both are leading causes of death in Marion County and nationally.

The 2015–2020 Dietary Guidelines for Americansexternal icon recommends that adults consume no more than 2,300 mg of sodium each day. Agencies that serve older adults can support their health by ensuring that their menus align with the Dietary Guidelines.

As partners in the Sodium Reduction in Communities Program (SRCP), registered dietitians from MCPHD and CICOA met with a chef from Chef for Hire to discuss how to reduce sodium in the meals served by CICOA. They identified high sodium products to replace with lower sodium items, recipes to modify, and menu items to replace with healthier options.

The team used nutrition guidelines, including those for sodium, to guide the changes and worked with food distributors to identify and source lower sodium products. The team looked for items served with multiple meals to increase overall sodium reduction. MCPHD staff conducted taste tests at meal sites to ensure that consumers would find the changes acceptable.

High sodium products, such as tomato sauce or canned beans, were replaced with lower sodium versions. The chef found a mashed potato product with 88% less sodium per serving than the original product.

The chef tests all new recipes and trains production staff to prepare them to ensure consistent taste and quality. For example, the chef developed a new recipe for scalloped potatoes using a combination of convenience foods and whole foods, reducing sodium by 65% per serving. Taste tests showed acceptance of both modified potato products.

The chef considers menu changes to be sustainable if they look and taste better, cost the same or less than the original recipe, and contain less sodium without increasing the preparation time. The modified potato recipes meet these conditions.

Marion County partners will continue to collaborate to increase the availability of lower sodium items that cost the same or less and are accepted by consumers. They plan to share their work with other Area Agencies on Aging in Indiana.

This project is funded in part by the Centers for Disease Control and Prevention Sodium Reduction in Communities Program, (Cooperative Agreement CDC-RFA-DP161607external icon.)