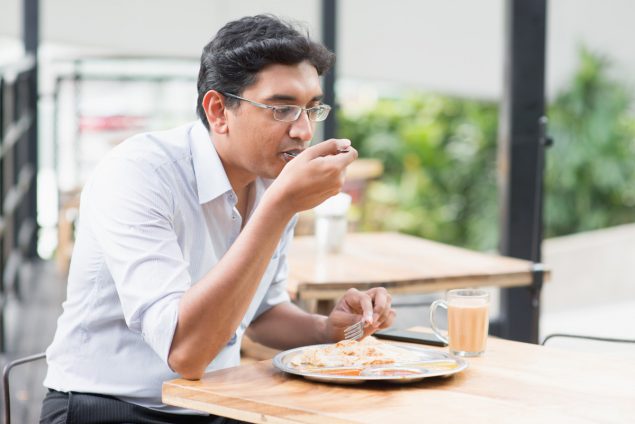 The Los Angeles County Department of Public Health (DPH) and the County of San Diego Health and Human Services Agency (HHSA) have partnered with nine public and private hospitals to implement comprehensive nutrition standards (e.g., calorie and sodium limits for meals and snacks served and sold) and other practices to buy and promote healthy foods. These unique regional partnerships have led to healthier choices for hospital patrons.

Diet-related chronic diseases such as heart disease are a major public health issue in Southern California. For example, almost a third of Los Angeles County adults have been diagnosed with high blood pressure, according to the 2017 California Health Interview Survey. Eating foods high in sodium can lead to high blood pressure, which is a major risk factor for heart disease and stroke.

Improving the availability of lower sodium food offerings in settings such as hospital cafeterias, snack shops, and patient meals can improve dietary behaviors among diverse populations at risk for high blood pressure and other chronic conditions. Yet many hospital food service operations struggle to offer these healthier foods because of limited staff or infrastructure to alter menu items and concerns about patrons not being receptive to changes.

These partnerships have improved the procurement of lower sodium ingredients, increased the development of new low sodium menu items, and promoted lower sodium foods to patrons.

At City of Hope, achievements included replacement of six high sodium ingredients, resulting in an average sodium reduction of 58% for affected ingredients.

At Rady Children’s, 20% of menu ingredients exceeded the sodium limits outlined by Good Choice food purchasing criteria standards, and lower sodium substitutions were recommended for 46 of these higher sodium items.

The recent changes have shown increased consumption of healthier items.  The Food Service team at CHLA are excited to implement the next phases of the new Nutrition Guidelines.

The County of San Diego HHSA is working with Rady Children’s to lower the sodium content of the 46 menu items recommended for substitution. Los Angeles and San Diego Counties will also continue to cultivate partnerships with hospitals and other venues (e.g., universities) to help them buy lower sodium ingredients and improve the nutritional quality of the foods served. Also, more fresh, visually appealing plant-based foods will be made available to their consumers, and the Eat Your Best educational campaign will be expanded in hospital cafeterias and university food venues to promote the consumption of these foods.

You can also partner with hospitals and other venues to increase the availability of healthier, lower sodium foods in their cafeterias and other food establishments. Check out the Los Angeles County DPH Eat Your Best websiteexternal icon to download free information and resources.