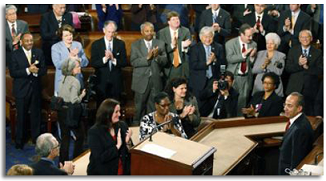 Stages of the policy change process common to Minnesota and Massachusetts also include:

Both states produced important legislation, mainly through the advocacy efforts of the states’ CHW associations. In Massachusetts, the process took the form of two separate legislative steps. The first recognized the CHW workforce and officially commissioned a report to the legislature, and the second took up occupational regulation of the field. Minnesota leaders prioritized Medicaid policy change in parallel to efforts in occupational definition and workforce development opportunities.

Massachusetts advocates also took advantage of a window of opportunity when the Legislature was considering statewide healthcare reform in 2006. In Minnesota, development of an educational pathway was an early priority, developed in parallel with a scope of practice; in Massachusetts, there were three recognized CHW training centers in the state already established when the policy initiative began.