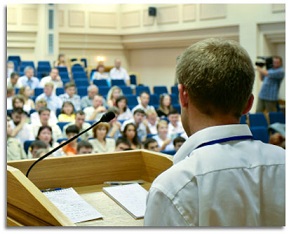 Leaders in Minnesota and Massachusetts found that to effect successful policy and systems change, they needed to address certain key strategy points. These included the four policy arenas discussed in previous sessions:

In hindsight, leaders in both states acknowledged that the need for organized education and awareness efforts was greater than they had anticipated and that more attention to these efforts early in the process might have been productive.

Both states found that “champions” played an important role in working with and on behalf of each key stakeholder group.

Although leaders in both states have stated repeatedly that CHWs should play significant leadership roles in efforts to change policy and systems, they also learned that CHW networks and associations required to speak for the field need more support and time to develop than was initially anticipated.

We’ve mentioned before that different types of stakeholders are interested in different kinds of results from CHW activities. Although each of these two states had an open and transparent advocacy process, it became clear that each type of stakeholder was interested in certain kinds of evidence and not interested in others. Policy and system change efforts must include a wide range of measures and data in order to meet stakeholders’ interests. Efforts to change policies and systems must be equipped with a range of measures of results or return on investment and should be prepared to use these measures selectively.

And finally, certain key principles should be kept in mind when designing and implementing policy and systems change. These principles were captured in a policy statement on CHWs by the American Public Health Association in 2009. We will review them in a few moments.