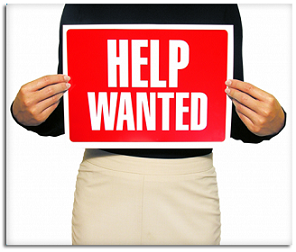 The following are issues in encouraging employers to hire CHWs from their current budgets:

As noted earlier, health care employers have always had the option of allocating funds from their core budgets to hire CHWs, and some have done so. However, employers who have seen positive results from employing CHWs may not want to publicize the budgetary calculations that led them to continue and even increase their employment of CHWs, because it may give them a competitive advantage.

A major educational effort may be needed to get employers who do not already budget for CHW positions simply to understand the nature of the CHW workforce, which, as we have said, is neither clinical nor administrative.

Also, because of the wide-ranging roles and functions of CHWs, the benefits received by the employing organization may take many forms. It is vitally important to recognize that different stakeholders in the system are motivated by different kinds of results. For example, CHWs show potential to reduce preventable hospitalizations. In talking to an audience of hospital administrators, this may not be the most useful result on which to focus.

On the other hand, hospitals are under increasing pressure to reduce readmissions, and CHW services may well prove cost- effective for post-discharge follow-up. The benefits of potential cost reductions resulting from CHW activities may be felt only at the highest level of state government, so securing initiatives aimed at reducing costs in the system may require extraordinary leadership at high levels.

When communicating about the potential benefits of CHW services to various kinds of employers, it’s helpful to keep in mind that employers are most likely to be persuaded by the testimonials of other employers. In any effort to promote employing CHWs, it will be useful to recruit employers as champions.