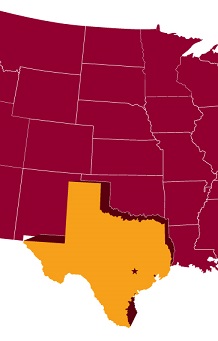 In Texas, certification is called a “Certified Community Health Worker” credential. Initially, legislation provided for voluntary certification, but subsequent bills made certification mandatory for all CHWs who receive compensation and directed the state to employ certified CHWs in public insurance programs such as Medicaid “to the extent possible”.

The Texas program for certifying CHWs is based on the eight areas of core competency described in Session 3. Rather than requiring a certification exam, the Texas system is based on completion of an approved training program that includes at least 20 hours of instruction in each of the core competency areas. Experienced CHWs may become certified by grandfathering, or documenting past experience, during the six years before the application date. Initially, the Texas program imposed a predefined deadline date on grandfathering, but because volunteer CHWs may continue to accumulate work experience without being certified, a fixed closing date for grandfathering was considered unfair.

It is also notable that Texas has no application fee for certification, and the applicant is not required to provide a Social Security number or to report citizenship or immigration status. The state considered revising the regulations to limit participation on the basis of criminal background only if convictions were relevant to the applicant’s potential duties as a CHW, but as noted earlier, this change was not implemented.

In addition to CHWs, Texas certifies instructors and sponsoring institutions. Although the state does not prescribe a specific curriculum for CHW training, it does specify standards for such curricula. As a result, the approximately 20 approved training programs in the state have independently developed 20 different CHW curricula meeting state standards.