What Is Behind the Drive for Credentialing? 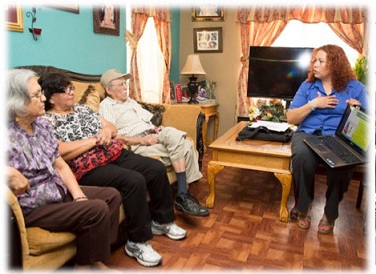 So what is behind the drive for credentialing?

For CHWs to be recognized as reimbursable providers under Medicaid and other major payer programs, their qualifications may need to be defined. This need is likely to be the driving force behind discussions of occupational definition for CHWs in most states.

Another motivation for credentialing is the desire for credibility and respect. CHWs operate in an environment in which most professionals carry sets of letters after their names signifying their qualifications. Having a similar distinction can help CHWs in their quest for recognition and credibility, not only with other professionals, but also with community members who may question their authority to deliver broad-based services.

We have noted in earlier sessions that CHW employment is often temporary and treated as casual. Many CHWs want a meaningful job market in which their qualifications are portable from one position to another.

Lastly, various stakeholders have expressed the need to assure the quality of services provided by CHWs. In an environment in which program administrators sometimes insist on having registered nurses deliver health education to ensure clinical accuracy, CHWs need an accepted mechanism for proving their capability.