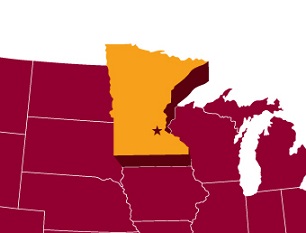 The regulatory system in Minnesota has some fundamentally different features including:

The regulatory system in Minnesota has some fundamentally different features. CHW advocates in Minnesota explicitly chose not to create a certification system, fearing that it would cause divisions within the workforce if some CHWs achieved certification and others did not. Instead, they focused on a single goal: qualifying CHWs for Medicaid reimbursement.

Authorizing legislation for this policy was introduced in early 2007 and incorporated into an omnibus appropriations bill in May of that year. After the bill was passed, the state Medicaid agency submitted a proposed Medicaid State Plan Amendment authorizing reimbursement for CHW services.

The language of this policy change was relatively simple, requiring that a CHW complete a standard curriculum leading to a certificate and practice under certain guidelines. The Minnesota State Colleges and Universities System published the curriculum for use by community colleges and other post- secondary institutions. The standard curriculum follows skill requirements similar to those in use in Texas and Ohio.

The CHW must work under the supervision of a doctor, dentist, advanced practice nurse, mental health professional, public health nurse or other approved health professional. Although CHWs must apply for and receive a Medicaid provider number, they may not bill directly or independently. Their employer may bill for their services in half-hour increments at an hourly rate of $37 for a maximum of four hours per patient per month. All billing is under the procedure code for “patient self-management and education.” You may be familiar with the term “CPT Codes,” referring to the Current Procedural Terminology system, which are numbers assigned to every task and service a medical practitioner may provide to a patient. The Minnesota billing policy also provides for sub-codes for patient education in group settings. We will return to the details of the Minnesota system in Session 6, as part of the Minnesota case study.