Boundaries with Other Occupations 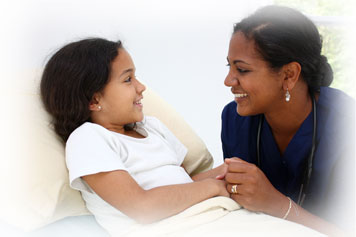 Dealing with workforce policy will inevitably involve related occupations, so boundaries are likely to be an issue.

Boundaries with other occupations include:

Dealing with workforce policy will inevitably involve related occupations, so boundaries are an issue. Buy-in from professions such as nursing and social work is essential. In most states, we have seen some form of “pushback,” notably from nurses, but this is usually subtle. In one state, nurses questioned the need for a “new occupation.” In another, Ohio, the State Board of Nursing assumed control of the certification of CHWs. In another, vocational nurses fearing job losses were able to kill legislation for CHW certification. Boundary issues are especially important with professions that may supervise CHWs. In Ohio, regulations now clearly lay out the conditions in which nurses may delegate certain “nursing tasks” to CHWs.

Clarification of scope-of-practice boundaries is an important early step in policy and systems change in any state. One sensitive issue in introducing the CHW occupation is suspicion on the part of other professionals that functions may be transferred to CHWs because they may be paid less. This notion can become a major distraction, particularly with professions that have attempted to add to their own responsibilities over time. It may be useful to work with various audiences to identify the activities that are unique to CHWs, or that they perform uniquely well, and seek an agreement that CHWs will be valued for these capabilities. The point can be made effectively that it is not in anyone’s interest to transfer functions now performed by other professionals to CHWs purely because they may be paid less. That strategy would disrespect and exploit CHWs as well as violating the interests of other professionals.

You may recall that we discussed in Session 1 a number of other occupations with functions which might overlap with those of CHWs. Of all these occupations, the last, direct care, is the only one in which there really should be no overlap, since CHWs generally do not provide direct care. People unfamiliar with CHWs often assume that CHWs might provide direct care, even though CHWs are distinguished by their expertise in community- related matters and in working with hard-to-reach populations rather than their levels of clinical skills. In the workplace, administrators may attempt to assign paraprofessional direct care or administrative duties to CHWs, precisely because of a poor understanding of occupational identity and of scope-of- practice boundaries. In such a case, the employing organization will not fully benefit from employing CHWs. The objective of policy change is to let CHWs do what CHWs do best.