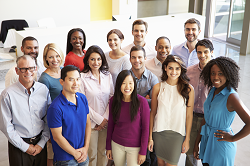 Most people, including health care administrators, are not familiar with the term “community health worker.”

The lack of a distinct occupational identity might be described as the “elephant in the room” when talking about CHW policy. People in most health-related professions, as well as the wider community, have a fairly clear picture of what their occupation is. Any nurse, for example, can give a fairly clear description of her profession. Similarly, people in the general population, and within health care organizations, generally understand what nurses do. But ask most people, including health care administrators, and you will find that they are not familiar with the term “community health worker,” and others will have limited or incorrect impressions of a CHW’s roles and functions.

So we are presented with a challenge: to build an occupational identity. As noted earlier, the term CHW has only recently come into widespread use. Persistent patterns of “silo” funding mean that positions are often created with titles tied to specific interventions, such as “community asthma educator” or “HIV peer counselor.” Another factor is the tendency of grant programs to favor “innovative” pilots and demonstrations, a practice that may lead proposal writers to use job titles and descriptions that appear unique, but which in fact describe CHWs.

Many communities have a long history of CHW interventions in specific fields, such as maternal and child health or cancer. In these programs, CHWs have come to identify themselves strongly, even passionately, with the health issue they are addressing—saying, for example, “I’m proud to be a maternal and child health worker.” This sense of pride and identification with a particular health issue can make it difficult for these CHWs to identify with those working in other fields, although experience suggests that when they are brought together to discuss common concerns, the similarities emerge rapidly. Still, we may need to proceed cautiously in persuading someone who has worked for 20 years or more in a particular field to accept a different occupational identity.

As noted earlier, other professionals and administrators may have a limited view of what CHWs do. You may need to keep in mind, in groups of different stakeholders, that they may be unaware that they are talking about different aspects of the same phenomenon.