Status of the CHW Occupation 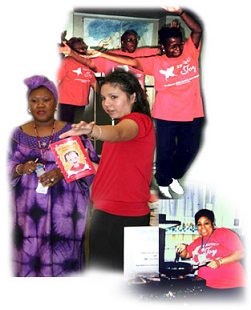 The status of the CHW occupation is as follows:

The CHW occupation is now officially recognized by the U.S. Department of Labor, but most state governments do not have a distinct category for CHWs in their human resources systems. For example, the University of Texas system has had dozens of CHW projects on various campuses for decades, but until recently the UT human resources system did not recognize CHWs (or promotores) as a distinct category of employee, so they were classified in various ways, including “research aide.”

Virtually no systematic efforts have been made to reach out to employers about CHW employment, and so no systematic studies exist of employer awareness regarding CHWs. In 2005, when a team of graduate students assisting in HRSA’s CHW national workforce study attempted to canvass likely employers to solicit participation in a survey, they had difficulty in most organizations identifying anyone who knew what a CHW was. Even among known CHW employers, the students encountered resistance because the organization used some other job title. Also, many employers still think of CHWs strictly in terms of outreach and education functions.

Current efforts to establish the term “community health worker” as an umbrella title for the occupational category are meeting with some success; however the occupational identity is not yet strong even among CHWs.

Some of this lack of occupational identity can be attributed to a persistent pattern of short-term grant funding. Various studies estimate that 70% to 80% of CHW positions are paid out of “soft money” on projects that may last from one to five years. No other health-related profession is predominantly financed this way, and this pattern of funding results in a number of issues for the CHW occupation.