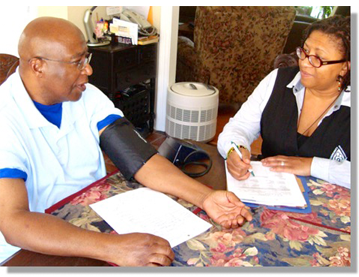 Professionalizing the CHW field is also a current issue for the CHW workforce.

CHWs, who are variously referred to in the literature as paraprofessionals, “lay” workers, and peer educators, find themselves working in a system that affords them little recognition and often no respect. Some CHWs are reaching for status as a credentialed profession as a way to gain that respect.

Some other professionals, however, are reluctant to value CHWs’ unique expertise. It is understandable that professions founded on clinical expertise should be reluctant to recognize an entirely different source and type of expertise. Yet that expertise must be officially recognized if CHWs are to be fully accepted.

Also at issue, however, is the CHW’s potential loss of accountability to the community—the sense that the CHW is becoming a profession like any other. Not all CHWs want to be recognized as a profession. Some believe that their unique identity will be lost if their work becomes “just another profession.” For others, the resistance runs deeper. As noted earlier, some residents of underserved communities resent or distrust health professionals, institutions, and researchers. Some commentators link this resentment to the sense of professional distance or detachment that these people associate with medical professionals. Others think the health care industry has failed low-income populations and that highly paid professionals often come into underserved communities to conduct a project and then depart, leaving little behind. Some CHWs associate “becoming professional” with adopting the same “professional behaviors” that they consider arrogant.