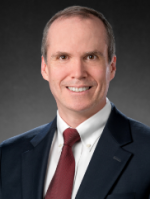 James “Jimmy” Stephens, PhD, is the Associate Director for Science (ADS) for the Center for Surveillance, Epidemiology, and Laboratory Services at the Centers for Disease Control and Prevention in Atlanta, Georgia. Jimmy is responsible for working with the CSELS ADS network and the center’s science professionals to ensure the quality and integrity of CSELS’ scientific work.

Jimmy joined CDC in 1992 as a research chemist at the National Institute for Occupational Safety and Health (NIOSH) in Morgantown, West Virginia where he studied the physicochemical properties of respirable particles and fibers. He also developed new techniques for visualization of highly complex data sets. In 1999, he became a Senior Scientist in NIOSH’s Office of the Director in Atlanta, and in 2004 he was appointed as the NIOSH Associate Director for Science.

In 2006 Jimmy was named as the Acting Associate Director for Science for CDC within the Office of the Chief Science Officer, a role he assumed officially in 2007. In 2010, he became the Director of the Office of Science Quality (OSQ) within the newly formed Office of the Associate Director for Science. In these roles, he served as an advisor on CDC scientific issues and as the chair of the CDC Excellence in Science Committee. He also served as a scientific liaison between MMWR and the CDC Office of the Director, and he helped to develop new standards for guidelines development at CDC.

Jimmy graduated from the University of Georgia with a Bachelor of Science degree in chemistry in 1984. He earned his PhD in chemistry from Rice University in Houston, Texas, studying under Nobel Laureate Robert F. Curl, Jr.