Graphing will be covered in Lesson 4

The data in a frequency distribution can be graphed. We call this type of graph a histogram. Figure 2.1 is a graph of the number of outbreak-related salmonellosis cases by date of illness onset. 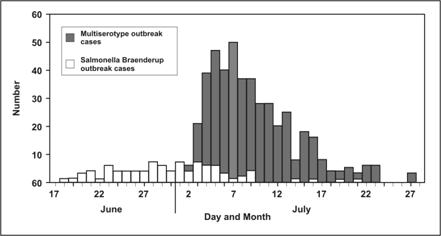 Even a quick look at this graph reveals three features: 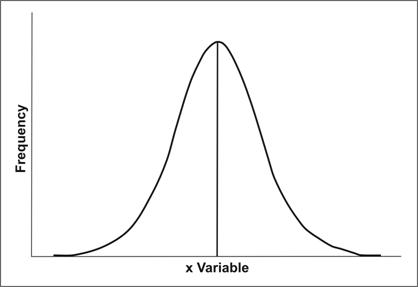 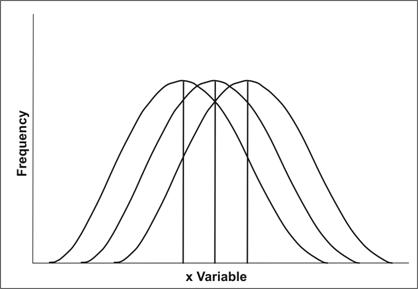 Three measures of central location are commonly used in epidemiology: arithmetic mean, median, and mode. Two other measures that are used less often are the midrange and geometric mean. All of these measures will be discussed later in this lesson. 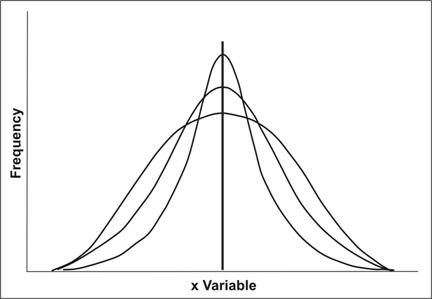 Skewness refers to the tail, not the hump. So a distribution that is skewed to the left has a long left tail. 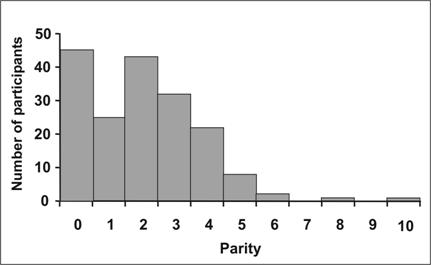 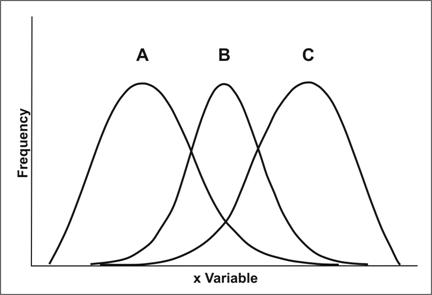 Question: How would you describe the parity data in Figure 2.5?

One distribution deserves special mention — the Normal or Gaussian distribution. This is the classic symmetrical bell-shaped curve like the one shown in Figure 2.2. It is defined by a mathematical equation and is very important in statistics. Not only do the mean, median, and mode coincide at the central peak, but the area under the curve helps determine measures of spread such as the standard deviation and confidence interval covered later in this lesson.

Description: A histogram shows the number of Multiserotype outbreak cases compared to Salmonella braenderup outbreak cases over time. Each outbreak has a different peak, spread, and symmetry. Return to text.

Description: The X-axis is the variable. The Y-axis is frequency. A vertical line in the middle shows central tendency. Return to text.

Description: Three superimposed bell-shaped curves. The shapes of all three are the same, but the central locations are in different locations on the x-axis. Return to text.

Description: Three superimposed symmetrical curves. The central tendencies of all three are the same, but the curves are either tall and narrow or short and wide. Return to text.

Description: A histogram showing an asymmetrical distribution in which 2 peaks can be seen along with a gradual decrease as parity increases. Return to text.