Cronobacter is a type of bacteria that can live in very dry places. Cronobacter has been found in dry foods, like powdered infant formula, powdered milk, herbal teas, and starches. It has also been found in water. Since Cronobacter bacteria live in the environment, there might be different ways babies can become infected. 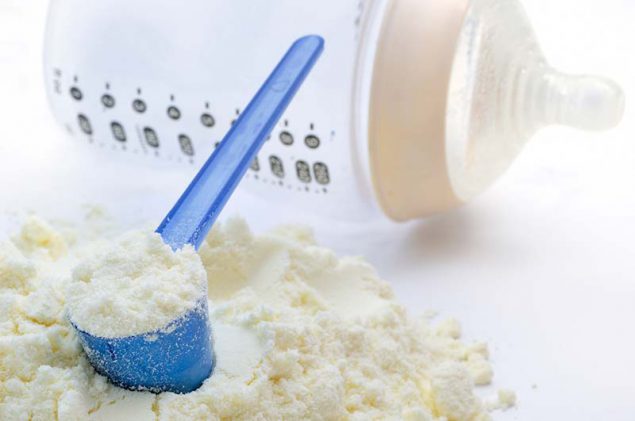 Powdered formula is not sterile and might have bacteria in it.

At a processing facility, Cronobacter bacteria can get into powdered infant formula if:

Manufacturers report that, using current methods, it is not possible to eliminate all germs from powdered infant formula in the factory.

In the home, Cronobacter can live on surfaces, such as a kitchen counter or sink, and in water.

If your baby may be at higher risk, consider taking these extra steps to prepare your powdered formula with boiled water.

Infants have also become sick from Cronobacter bacteria grown on breast pump parts that were not cleaned properly.

It is unknown if Cronobacter infection can be spread from one person to another, but other types of bacteria spread this way, especially in hospitals, if people do not wash their hands well.