CDC Update: Investigation of Cronobacter Infections Among Infants in the United States

CDC Update: Investigation of Cronobacter Infections Among Infants in the United States

CDC, the Food and Drug Administration (FDA), and state health departments are continuing to investigate four recent cases of Cronobacter infection among infants in four States. The information below updates a joint statement issued by CDC and FDAexternal icon on December 30, 2011.

There remains no evidence that the powdered infant formula or bottled nursery water were contaminated during manufacturing; however, additional testing is under way at CDC and FDA. Additional information about the four infants, and some results from laboratory testing of samples associated with the infants in Illinois and Oklahoma, are noted below.

CDC recommends that consumers be aware of the risks of infections in infants being fed formula. Information about how consumers can reduce the risk of Cronobacter illness for their infants is found here. 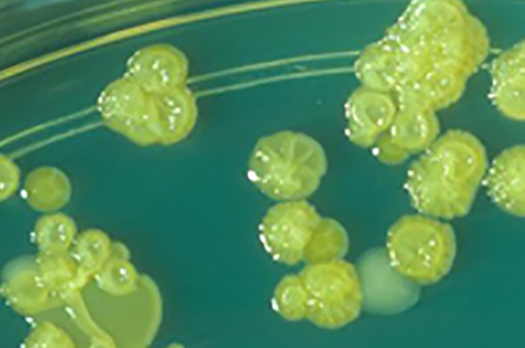 Cronobacter growing in a laboratory.

Since November 1, 2011, four infants (children under 12 months of age) infected with Cronobacter bacteria have been reported to CDC.

No specific exposures common to all four infants have been identified. All infants consumed powdered infant formula; however, they did not all consume the same brand of formula. CDC is not aware of any new cases since mid-December 2011.

Testing has been performed of opened containers of powdered infant formula and water obtained from the infants’ homes, when available. Results are summarized below:

Additional laboratory testing and epidemiologic analysis is under way at CDC and FDA. FDA is also inspecting facilities that manufacture products which had been used by the infants.

Cronobacter illness is very rare, but it is often deadly in young infants. It usually occurs in the first days or weeks of life. Typically, CDC is informed of about 4-6 cases of Cronobacter illness in infants each year, but reporting isn’t required. In 2011, CDC was informed of a total of 13 cases. Cronobacter bacteria can cause severe blood infections (sepsis) or meningitis (an inflammation of the membranes that protect the brain and spine). Infants 2 months of age and younger are the infants that are most likely to develop meningitis if they are infected with Cronobacter bacteria. Infants born prematurely and those with weakened immune systems are also at risk for severe illness.

In infants, the illness generally starts with fever. It usually includes poor feeding, crying, or listlessness. Young infants with these symptoms should be taken to a doctor. If a Cronobacter infection is diagnosed by a laboratory culture, CDC encourages clinicians and laboratories to inform their local or state health department.

Advice to parents and other infant care-givers can be found here. Key points include: