The Keys to Her Success

The Keys to Her Success
Español | Other Languages
Print
Related Pages 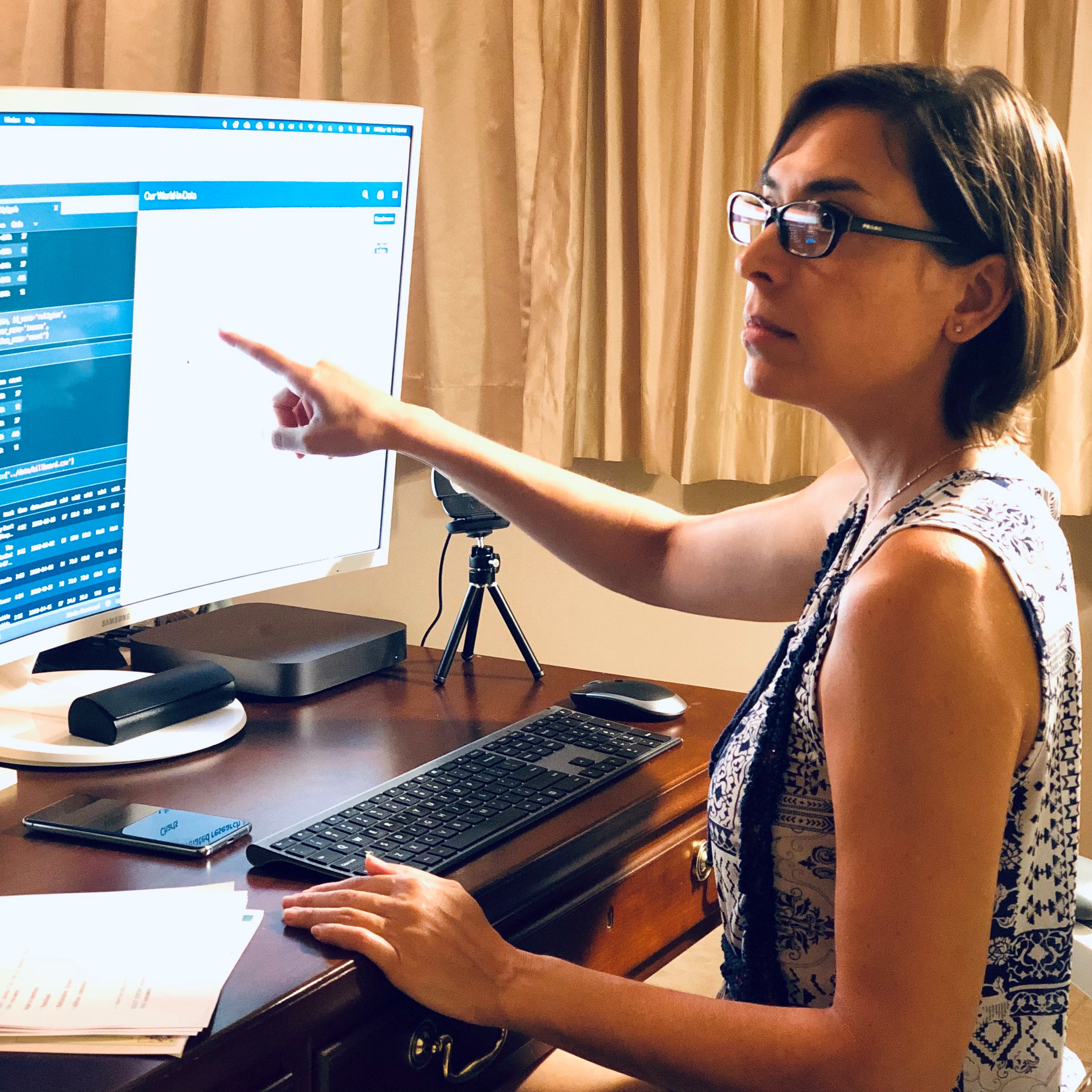 Macarena Garcia’s career in public health had a bit of an unlikely start: capitalizing on her ability to type nearly as fast as many people talk.

Now she boasts a doctorate degree in public health, is trained in data analytics, and has managed teams of senior public health technical advisers across much of sub-Saharan Africa. She has spent four years advising governments on how to effectively implement Global Fund grants, and five more years as a senior health scientist at the Centers for Disease Control and Prevention. And she is now leading CDC’s COVID-19 work in the Dominican Republic.

But she might have accomplished none of that had it not been for the fact that she types 90 words per minute.

“That simple skill is what changed the direction of my life,” she says.

Born in 1977 in Buenos Aires, Argentina, Macarena moved with her family to Los Angeles when she was a child. She got her undergraduate degree in political science in 1999 and planned to enter a dual-degree master’s program in law and international public affairs that fall, but fate intervened.

“That summer, a friend of mine called me up and said, ‘Hey, I have a job for a transcriber, and I know you type really fast.’ ”

The job was an eight-week gig transcribing interviews for producers of the television series, “Survivor,” which was being shot in Kenya’s Shaba National Reserve, a short flight from Nairobi. Though the physical challenges endured by the contestants were real, Macarena found the overall experience–which involved condensing three days of shooting into each 30-minute episode—more boring than dramatic. But she found real drama during a break from the TV work when she toured a nearby mission hospital.

“Every single person was wasting away from HIV,” Macarena says. “I thought, ‘This is the biggest problem on this continent, and I want to do something about it.’ ”

She put her master’s program on hold and volunteered to work instead with an HIV program in Botswana. After a year, she decided to return to graduate school to study public health.

In 2004, after getting her master’s in international studies and public health at the University of Sydney, Macarena got her first job as a development worker, managing an HIV program with Catholic Relief Services in Nigeria. It proved to be a good fit.

“I really sort of fell in love with the work and the effect that work could have,” she says. Similar work followed in Vietnam, Lesotho, Kenya, South Africa, “and some other places.”

Eventually, she got her doctorate from Flinders University in South Australia. And in 2015, Macarena joined CDC in Atlanta as a senior health scientist. Her work focused on responses to emergencies, including the 2015 Zika virus outbreak, the 2017/2018 hurricanes, and the 2019 e-cigarette and vaping-associated lung Injury outbreak, which prepared her for her current work in the Dominican Republic.

Last July, the Caribbean nation of nearly 11 million people was reporting about 1,500 new COVID-19 cases a day, and Macarena was tapped to guide CDC’s response. With nearly a third of the country living in poverty, any efforts to combat the pandemic needed to be low-cost.

Luckily, the Dominican Republic proved to be resource-rich when it comes to public health. It offers universal health care, and over the years, CDC has trained nearly 600 Dominican epidemiologists.

Over the course of the outbreak, the Dominican Republic has declared states of emergency three times to limit the spread of the disease. The most recent emergency declaration established a 5 p.m. curfew, after which no one was allowed outside without a pass. On weekends and holidays, the curfew began at noon. Pharmacies, supermarkets, and restaurants delivered.

In December, Macarena, her partner, and their 11-year-old daughter moved full-time to the Dominican Republic. As CDC country director, Macarena is responsible for all CDC activities in the country, including HIV prevention, care, and treatment; emergency preparedness and response; laboratory capacity and, of course, COVID-19.

Macarena has advised the Dominican Republic’s president and his health cabinet on travel orders, and she engages with the Vice President’s Office on Vaccine Supplies and implementation of the country’s vaccination program.

Since her arrival, rates of COVID-19 cases have remained stable at about 520 per day, for which Macarena credits the host of government prevention steps that have been implemented. “I am but a tiny cog in the machine,” she says.

Meanwhile, Macarena is adding to her skill set – she has enrolled in another master’s degree program, this time in data science and analytics, and is a part-time professor of research methods and biostatistics at the Chicago School of Professional Psychology, which has a department of public health. Her work and studies are keeping her busy and her typing skills sharp.