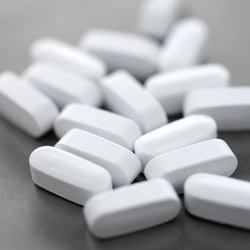 When available, supplementation (20 mg zinc per day in children 6 months or older) should be started immediately.

A study in Bangladesh showed that zinc supplementation significantly reduced the duration and severity of diarrhea in children suffering from cholera. The study was conducted with 179 children, 3-14 years old, who were admitted to a hospital within 24 hours of the onset of cholera symptoms. In the study, all children received antibiotics and rehydration therapy as needed, but those in the intervention group also received zinc supplementation. Children who received zinc supplementation had 8 fewer hours of diarrheal illness and 10% less diarrheal stool volume, on average.  Zinc has also been shown to have a similar effect in children with diarrhea caused by infections other than cholera, and is recommended for the treatment of pediatric diarrhea more generally.

Note: administering zinc with certain antibiotics, such as ciprofloxacin, may reduce the absorption of these antibiotics. In these circumstances administer antibiotics 2 hrs before or 4-6 hrs after zinc.