Without treatment, cholera can become deadly within hours. Yet, every case and every death from cholera is preventable with the tools we have today, putting the goal of ending cholera within reach. 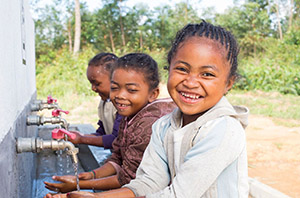 For over half a century, CDC has worked to prevent, detect, and respond to cholera outbreaks in the United States and abroad. As new methods for cholera prevention, detection, and treatment have been introduced – from oral rehydration salts, to rapid diagnostic tests, to cholera vaccines – CDC has evaluated, adopted, and promoted the most effective measures to combat cholera.

Cholera has become an increasing public health concern around the world. It kills an estimated 95,000 people each year and infects 2.9 million more. CDC works with global partners to detect cholera early, respond quickly, and prevent large-scale, uncontrolled outbreaks of this devastating illness. 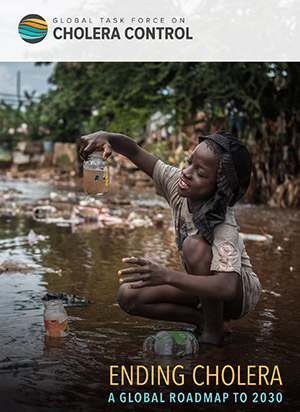 CDC is a founding member of the Global Task Force on Cholera Control with experts working on water, sanitation and hygiene (WASH) disease prevention measures, case management, epidemiology and surveillance, laboratory,
and vaccines.

In October 2017, the Task Force launched Ending Cholera: The Global Roadmap to 2030external icon – a bold unified approach to cholera prevention and control. This comprehensive plan integrates evidence-based best practices and identifies priorities to reduce cholera deaths by 90% by 2030.

Implementing the Global Roadmap will protect millions of people from cholera illness and death, and reduce the number, size, and duration of cholera outbreaks. It will also accelerate the effort to reach those most in need with access to safe drinking water and sanitation.