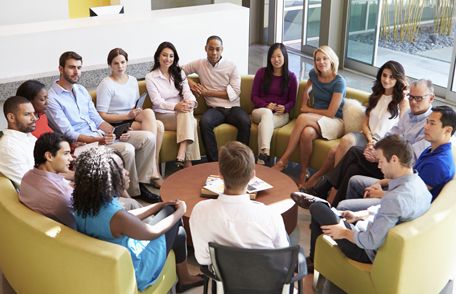 The key concepts below underscore the ongoing and open nature of communication that successfully supports CHI efforts.

Ongoing and open communication between fellow stakeholders, including the community, is essential to helping ensure that chosen activities address critical needs, lead towards intended outcomes, and propel your CHI efforts to success.

Tools for Getting Started

Tools are listed below in an order roughly aligned with the order of the key concept(s) they support above.

Click here for additional tools related to the key concepts.

Relevant Excerpts from the Internal Revenue Service (IRS) Final Rule
The  IRS Final Rule on Community Health Needs Assessments (CHNA) for Charitable Hospitals pdf iconexternal icon   contains language related to select key concepts above. An excerpt of this language is provided below. To see the full regulation, click on the hyperlinked references below this paragraph.9

“Because a new CHNA must be conducted and an implementation strategy adopted at least once every three years, the Treasury Department and the IRS intended for this requirement to establish the same sort of continual feedback on CHNA reports suggested by commenters, albeit over a different timeframe.”12

Note: The above statements do not constitute legal advice or regulatory guidance from CDC. Questions regarding the application of law to a specific circumstance or circumstances should be submitted to an attorney or other qualified legal professional.