Although most infants receive some breastmilk, most are not exclusively breastfeeding or continuing to breastfeed as long as recommended.

Rates of Breastfeeding Vary Across States and Regions.

Percentage of Infants Breastfed at 6 Months 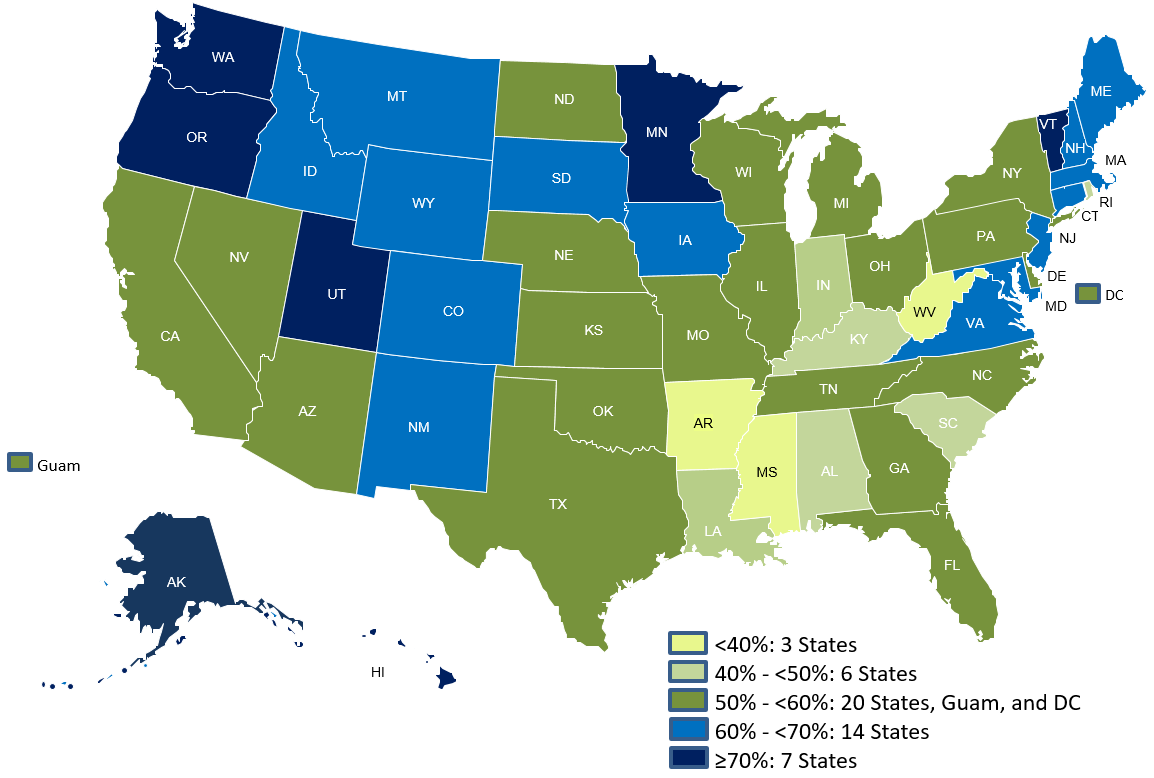 Why Do Mothers Stop Breastfeeding Early?

60% of mothers do not breastfeed for as long as they intend to.5 How long a mother breastfeeds her baby (duration) is influenced by many factors including:

What Can You Do to Support Breastfeeding?

Visit The Surgeon General’s Call to Action to Support Breastfeeding to learn how you can participate in a society-wide approach to support mothers and babies who are breastfeeding.

What Is Being Done to Improve Rates?

Given the importance of breastfeeding for the health of mothers and babies, CDC supports breastfeeding through hospital initiatives, worksite accommodation, continuity of care and community support initiatives.