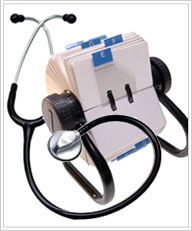 The National ALS Registry is a program to collect, manage and analyze data about persons with ALS (PALS). It includes data from existing national databases and information provided by persons with ALS who choose to participate. Researchers can use Registry data to look for disease pattern changes over time and try to identify whether there are common risk factors among PALS. Additionally, the Registry provides updated links for participant resources like ALS clinical trials. Persons living with ALS can add their information to the Registry by clicking the button at the top left of this page.

Selected states and metropolitan areas are also gathering data about ALS. Data from these smaller-scale registries will be used to evaluate the completeness and accuracy of the data in the National ALS Registry.
In 2008, Congress enacted the ALS Registry Act to gather and organize information about who gets ALS and the potential causes of ALS. The Agency for Toxic Substances and Disease Registry (ATSDR) is charged with developing and managing the Registry.

Many people know ALS as Lou Gehrig’s disease, named after the famous baseball player who got the illness and had to retire in 1939 because of it. ALS is a disease that affects the nerve cells that make muscles work in both the upper and lower parts of the body. This disease makes the nerve cells stop working and die. The nerves lose the ability to trigger specific muscles, which causes the muscles to become weak and leads to paralysis.

How many people have ALS?

Although no one knows for sure, recent estimates suggest that up to almost 32,000 people in the United States may be living with ALS; every year doctors tell over 5,000 Americans that they have it. Because records on ALS have not been kept throughout the country, it is hard to estimate the number of ALS cases in the United States. ALS is more common in men than women. ALS is age related as most people find out they have it when they are between 55 and 75 years of age. Most people with ALS live on average between 2 to 5 years after symptoms develop. How long a person lives with ALS seems to be related to age; people who are younger when the illness starts live slightly longer. To read the latest prevalence estimates of ALS for 2017,  click here.

About 5–10% of ALS cases occur within families. This is called familial ALS and it means that two or more people in a family have ALS. Familial ALS is found equally among men and women. People with familial ALS usually do not fare as well as persons with ALS who are not related, and typically live only one to two years after symptoms appear.

No one knows what causes most cases of ALS. Scientists have been studying many factors that could be linked with ALS such as heredity and environmental exposures. Other scientists have looked at diet or injury. Although no cause has been found for most cases of ALS, a number of inherited factors have been found to cause familial ALS. In the future, scientists may find that many factors together cause ALS.