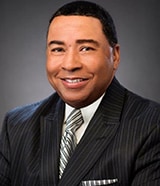 Reginald R. Mebane, MS, is currently the Director of CDC’s Office of Equal Employment Opportunity (OEEO). As Director, Mr. Mebane is responsible for advising and counseling CDC′s executive leadership team on a variety of equal employment opportunity, diversity management, civil rights and human resources issues impacting the agency′s complex and diverse global workforce. His key responsibilities include but are not limited to matters related to Affirmative Employment(AEP), Disability, Reasonable Accommodation(RA), Alternative Dispute Resolution(ADR), Special Emphasis Programs(SEP), and EEO Complaints Processing and Settlements for all CDC centers, institutes and offices. He is also responsible for the design and direction of programs, policies and procedures based on the Equal Employment Opportunity Commission’s(EEOC) rules, regulations, laws and Executive Orders governing equal opportunity, diversity management, civil rights, and human resources that further ensure prevention of individual and systematic discrimination across the enterprise. As the agency’s EEO Director, he is the officer with direct liaison responsibility to the EEOC, Health and Human Services (HHS), Office of General Counsel (OGC) and all other respective internal and external customers and stakeholders regarding employment and civil rights regulatory matters. “Our overarching strategy is to make CDC a world class model EEO program.”

“With malice toward none, and charity for all”

Prior to working at CDC, Mr. Mebane spent over 23 years at FedEx. After starting his career with the company in 1981, Mr. Mebane was promoted from dock worker, to manager, to the Director of International Operations. In 2001, Mr. Mebane moved to Buffalo, New York, to become the Chief Operating Officer for a $2.0B company that FedEx acquired. In addition to his management duties at FedEx, Mr. Mebane was the corporate lead for the Diversity training curriculum for the corporation from 1995 to 1997 where he became part of the critically acclaimed Fed Ex Leadership Institute. While there he taught leadership, diversity and management practices to FedEx employees from around the world.

Outside of his corporate work, Mr. Mebane has served on the faculty of the University of Memphis, the University of Buffalo and Georgia Tech. He also worked as a psychotherapist and psychiatric case manager in Memphis during the national crises associated with homelessness and the de-institutionalization of the severely mentally ill. As a result of this experience, he was inspired to later become Chairman of the Memphis Health, Education & Housing Finance Facility Board (1994-2001). The restructuring of this board under his chairmanship is his legacy to Memphis in making housing affordable and sustainable for moderate income families.

Since joining CDC, Mr. Mebane has been very active in serving others and the community as a proud graduate of Leadership Atlanta, CDC’s Speakers Bureau and the Office of Equal Employment Opportunity’s (OEEO) monthly mentoring circles in addition to serving on the board of directors for Georgia’s Visiting Nurse Association and Sisters of Mercy Health System headquartered in St. Louis.